So we keep hearing more and more news about the Capitol riots, inevitably with waaaaaay  more to come.  But most of that news is and will continue to be about prosecutions, investigations, and flipping under arrest rioters for testimony.  But this one actually surprises me and makes me a little sad.  Remember the name of the woman who died from trampling at the riot?  Her name was Rosanne Boyland, and she was 34 years old when she died that day.  But it turns out she didn’t die as everyone assumed.  Not from injuries of a crowd stepping all over her.  But from a meth overdose.

DEATH BY TRAMPLING WAS SAD ENOUGH, BUT A METH DRUG OVERDOSE? SHE NEEDED HELP

So why does this make me sad?  Well, because this was a woman who clearly had a number of conflicts and problems.  I think that must be true for many of the people there that day who now face a number of charges for their actions.  Well, except for maybe the dangerous fools who organized ahead of time and were dangerously, even fatally, violent.  But Boyland?  She died of a meth drug overdose, not trampling.  She needed help, not rage directed, mistakenly, at the Capitol building and the elected officials there that day to ratify the Presidential Election.

WHY SAD? BECAUSE THIS METH OVERDOSE CITIZEN WAS PROTESTING THE PEOPLE WANTING TO HELP HER

Boyland wanted to be a sobriety counselor!  And she clearly understood at a deeply personal level why there’s such a need for that in the world, and in her US home country.  She took drugs that day.  She was there with friends, thinking she was doing what she had to, to protect her country from liberals like me, supposedly stealing the election and her future.  But she stole her own, illegally protesting an incoming government that would do the most to help treat her drug use, and get her a job helping others do the same.  See?  It’s sad. 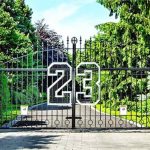 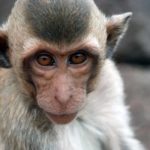