So ok, loose monkeys could possibly be misunderstood.  I mean, loose, like socially.  But that’s not the case.  This isn’t a euphemism or a pun, unfortunately.  I continue to not understand, at all, why it is that people keep exotic pets.  I mean, the most exotic pet I’ve ever seen in person was a fling squirrel.  And sure, it was cute.  But why?  Plus, it’s often illegal, depending on where you live.  But monkeys?  That’s no barrel of laughs.  It’s a barrel of…. Well, monkeys.  And someone’s barrel opened right up in Cincinnati, Ohio, leaving local cops and animal control scrambling to corral the lanky loose monkeys.

And no, these loose monkeys in Cincinnati not a joke.  While Cincinnati is a random town if you ask me, I had no idea it could be this random.  And who the hell keeps a bunch of monkeys as pets?  Local authorities are saying these particular little apes are from a “private collection.”  Huh.  I can’t even bother to muster the energy (or money!) to collect pinwheels!  But monkeys?  Pfah.  I think that’s just crazy.  But these loose monkeys had locals wondering if they were, in fact, crazy.  Hey, mom!  There are a bunch of monkeys outside!  Uh, ok dear, whatever you say.

But that’s exactly what happened to a bunch of folks.  They thought they were imagining things in the darkness.  No!  That couldn’t be!  But maybe?  And then you get a better look and there’s  monkey standing there, a bit taller than a garbage can, looking back at you saying, “oooh, ooh, aaah, aah!”  At last reports, the loose monkeys were hanging out in the trees at St. Joe’s Cemetery.  Once they get upset, I expect they’re liable to make enough racket to wake the dead.  And when authorities try to catch them, I bet they get upset! 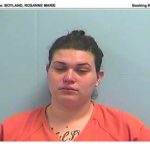