The lesser known, lower-polling Republican presidential candidates are getting a “maybe when you’re older” talk from Fox News and CNN about participating in the Republican party presidential debates. For both events, only the candidates who place in the Top 10 will be invited.

This separation reminds me a bit of being little, when all the adults would sit at a different table away from the kids at family functions. You were left to eat off the junior menu — something like chicken fingers — while the grownups ate the real meal, drank wine and had interesting conversations about social or political issues and current events.

This is fine when you are young, but when kids get to be 11 or 12, they want to be included, too. Although we won’t be crying for you, Bobby Jindal, Carly Fiorina and Dennis Michael Lynch, just get those poll numbers way up by early August, and you also will get the invite to the debate. As these candidates are trending, however, this is quite a long shot.

Fox will use the five most-recent polls completed by Aug. 4 for the debate two days later. An executive said the network will provide coverage and airtime the same day to candidates who miss the cut, but in what format remains unclear. To be invited to the Fox debate, candidates must also meet other criteria including U.S. Constitutional requirements. They are also required to have announced and registered a formal campaign, filed with the Federal Election Commission and paid all filing fees.

CNN will use a similar formula for the Sept. 16 debate on its network and will compile an “A” list and “B” panel based on public polling data. One group will feature the Top 10 candidates based on polls and the other candidates who meet the minimum 1 percent threshold but are ranked outside the top tier.

Thus far, nearly 20 candidates have officially declared they are running for president. Another two with a real chance of capturing the nomination who are polling among the Top 5 — Wisconsin Gov. Scott Walker and former Florida Gov. Jeb Bush — are forecast to likely enter the race.

Though for the debates it’s decidedly not everyone into the pool, Reince Priebus, chairman of the Republican National Committee, said he supports the CNN format for the debate.

Polling data used to determine the lineup will be from several newspapers, universities and television stations.

The Fox News debate will be held in Cleveland and hosted by the state GOP. It will be moderated by news talking heads Bret Baier, Megyn Kelly and Chris Wallace. The debate will be produced in cooperation with Facebook and will incorporate data from the social media giant on prevalent issues of the day.

The CNN debate will take place at the Ronald Reagan Foundation and Library in Simi Valley, Calif. It will be broadcast in Spanish on CNN Espanol and CNN International as well. 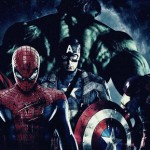 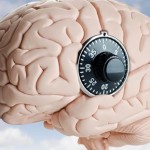