The Tribeca Film Festival started off with a big bang of energy on the evening of April 15. It opened with the much-anticipated and poignant documentary “Live From New York!” at the Beacon Theatre, which was then followed by a performance by Ludacris. The film was incredibly well-received and told the story of legendary show “Saturday Night Live” celebrating its 40th anniversary this year.

Years before “SNL,” though, there was National Lampoon, the country’s first humor magazine. And on April 16, #TFF2015 presented another fabulous feature documentary, “Drunk Stoned Brilliant Dead: The Story of the National Lampoon.”

National Lampoon was anti-hypocrisy and anti-stupid. It was freedom of expression with maximum envelope-pushing from druggy culture. Douglas Kenney, Henry Beard and Robert Hoffman started the magazine with publisher Matty Simmons. Kenney died in 1980 and Hoffman in 2006 — hence the word “Dead” in the title, I guess. But this film is full of life, and it’s a glorious ride.

In 1980, director Douglas Tirola (“All In: The Poker Movie”) was 12 and had already seen “Animal House” twice with his dad when he discovered the book, “National Lampoon’s Tenth Anniversary Anthology: 1970–1980.” Parodying everything from politics, religion and entertainment, the Lampoon magazine then branched out to radio shows, record albums, live stage revues and movies, including “Animal House,” “National Lampoon’s Vacation” and, unofficially, “Caddyshack.”

Tim Matheson and Kevin Bacon, two of the stars in “Animal House,” are interviewed in this film — and we see many clips of John Belushi. The other films, mentioned above, starred Chevy Chase. (Did you know his real name is Cornelius Crane Chase?) Chase was very good friends with Lampoon’s co-founder Kenney.

“We were taking on the idiocy of our generation.” — Chevy Chase

This documentary is not just a bunch of talking heads and movie clips, though. “I need to deliver the things you expect to see if you’re going to see a movie about the National Lampoon. Because the audience is going to be thinking, ‘I hope I get to see something funny. And not just a clips from movies I’ve already seen,’” director Tirola told the press.

“Drunk Stoned Brilliant Dead” reflects Tirola’s long-time love and loyalty for Lampoon. His producer at 4th Row Films, Susan Bedusa, told the press that he “has a Lampoon-ish sense of humor, and it’s only gotten worse since we started making this movie.”

You can feel the excitement behind this film. “I knew that if we told it right, we would be opening up this piece of history to a whole new audience,” said co-producer Danielle Rosen.

Lampoon editor Sean Kelly remembered a Canadian company had shot footage at a “Lampoon Radio Hour” rehearsal which included John Belushi, Bill Murray, Gilda Radner and more. “We tracked it down,” Tirola shared and Rosen added, “As it turns out, that footage never aired. So it’s actually never been seen before, anywhere — until now.”

Editor G. Jesse Martinez said he and Tirola “talked about the magazine a lot and what was going on in these guys’ lives, and how the interviewees were talking about it. And he introduced a new phrase we kept around; he would say, ‘I want it to feel like we’re just whisked away into this weird, crazy place called Lampoonland.’”

That was exactly how I felt watching the film.

Just for some background, in 1973 Chase became a cast member of “The National Lampoon Radio Hour,” a syndicated satirical radio series, and that’s where he met John Belushi. Chase and Belushi then appeared in National Lampoon’s off-Broadway revue, “Lemmings.” Soon after that, he became a key cast member in the inaugural season of “Saturday Night Live,” where his “Weekend Update” skit was a big hit.

One of the highlights in “Drunk Stoned Brilliant Dead” is magazine co-founder Kenney’s tight friendship with Chase. The two went to Hollywood at around the same time and became incredibly close. Listening to Chase talk about the downward spiral of Kenney is heart-wrenching. Editor Martinez describes Chase: “He was incredibly open and reveals some very personal things. It was the most true, human moment we could capture. It was a man grieving — his soul feels it. We realized he carried that entire scene.” 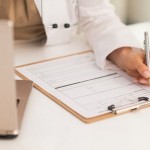 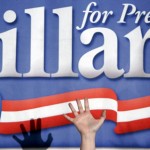