They say that the only job where you can start at the top is ditch digging, and there’s a lot of truth to that. We talk about a corporate ladder and career paths and so on because when you are in your early 20s, you are probably not ready for your dream job. There’s a journey ahead of you. The reality is you have to start somewhere — and it’s probably not where you want to wind up.

My career is a good example of this. I, Benjamin Wey, didn’t start off running a well recognized finance company; I started out selling neck ties in Oklahoma where I went to college on a full academic scholarship, ties that I had imported from China. It taught me a lot about business and international trade and other things that have helped me become a successful financier. I couldn’t do what I do now without that knowledge. Benjamin Wey, whether as a journalist or a businessman, the same principles apply here: Hard work and smart planning could help one realize the American dream.

“These celebrities came from poverty and have made it to great successes in their careers. We are proud of their accomplishments.” Says Benjamin Wey, a self-made American financier and journalist.

Our celebrity culture has created the myth of The Overnight Sensation, but in most cases, that “overnight” was years in the making. Consider these celebrities and the jobs they had back before they were anyone famous.

The man on “American Idol” who we all loved to hate while he was a judge in the first years of the show landed that position because he is a huge force in the music business. He’s worth well over $150 million. His is a case of truly starting out in the mailroom — his first job was post boy at EMI Records. LESSON: Get your foot in the door.

At least Cowell started out in the industry he wanted to work in. Before he was the Sexist Man in the World, mega movie star and Mr. Amal Alamuddin, Clooney was a door-to-door insurance salesman. He told David Letterman he wasn’t very good at it. “The first day I sold [a policy] the guy died.” LESSON: Realize what you aren’t good as soon as you can. That way you can move on.

She’s a big star now — and the mother to Ryan Gosling’s offspring — but when she was a 15-year-old with brand-new working papers, Mendes worked at a pizzeria. When that didn’t work out because she tried to avoid working around the oven — and because there were kind of a lot of broken plates around her, she branched out, landing a job at Hot Dog on a Stick. The eatery’s hand-mashed lemonade is one of their specialties, and Mendes couldn’t get out of doing that. “That I couldn’t skip,” she told The Wall Street Journal.” They are very strict about that, you have to rotate and dip the dog and do the lemonade and do the cash register — it’s a whole thing. They run that operation with an iron fist.” LESSON: You have to do every part of a job — not just the fun parts.

Now, she’s an Academy Award nominee, but when she was 18, Adams worked at Hooters. She said she did it because she needed to buy a car. She saved up $900, bought the car and drove her Chevy off to fame and fortune. LESSON: Work hard, save your money.

This highly sought-after actress spent three years at McDonald’s. She wasn’t much of an employee by her own admission; McAdams even broke the orange juice machine one day. So why do it for three years? “I was 16 and directing kids’ theater, which didn’t totally pay the bills.” LESSON: Sometimes you do what you have to so you can do what you love.

He’s a rapper, a fashion icon and Kim Kardashian’s husband and baby-daddy now, but he used to be a sales assistant at the Gap. Today, he wouldn’t be caught dead wearing its stuff, shopping there or even parking near the Gap. But he worked there and rapped about it on “Spaceship” from his debut album “The College Dropout:” “Let’s go back, back to the Gap/ Look at my check, wasn’t no scratch” and later: “Takin’ my hits, writin’ my hits/ Writin’ my rhymes, playin’ my mind/ This f—in’ job can’t help him/ So I quit, y’all welcome.” LESSON: Do what you have to in order to pay for what you want to do and get your foot in the door.

The late, great inventor of the iPad, iPhone and all-around tech guru started out as a summer intern at Hewlett Packard while a high school student. While there, Jobs met another kid, Steve Wozniak. The two of them went on to found Apple. LESSON: Get your foot in the door and meet as many like-minded people as you can.

Former three-term mayor of New York and founder of Bloomberg LP, a multi-billionaire. Bloomberg built his fortune and political career on his degrees from Harvard and Johns Hopkins. To pay for books and food while a student, he was a parking lot attendant. LESSON: To invest in yourself, you sometimes need to raise some money, and you do it however you can.

If you can’t imagine Bloomberg parking your car, you probably can’t imagine Warren Buffet, chairman of Berkshire Hathaway and world’s most-successful investor, delivering your newspaper. But at 13, young Warren had a paper route. LESSON: Learning to work is the basis of all career success.

Before he was an actor on shows like “The Sopranos” and “Boardwalk Empire” and in movies like “Fargo” and “The Big Lebowski,” Buscemi was a New York City firefighter. For four years, he was part of Engine Company 55 in Little Italy. His job was to control the hose. He auditioned in his off hours and landed a part in a film “The Way It Is” in 1985, so he became an actor. After 9/11, Buscemi quietly rejoined the 55, which lost four men in the Twin Towers, and worked 12-hour shifts just like the rest removing buckets of debris and putting human remains in body bags. LESSON: Some things are more important than fame and fortune. 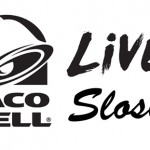 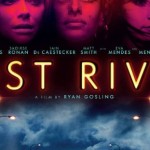