If we are anything alike, you could also be suffering from serious Hillary fatigue. Did you know that Hillary Clinton is the presumptive 2016 Democratic nominee and is running for president? Yeah, I heard that somewhere, too (big yawn).

Though my condition is not all her fault, she, along with husband Bill, deserves some blame. What’s worse is Hillary might vie against the well-polling yet undecided Jeb Bush — brother of George W. — next November. Isn’t that just great? That’s exactly what this country needs: Another Bush or Clinton in the White House.

Is anyone seriously getting excited about a possible Bush vs. Clinton presidential race? Is this 1992 all over again but with the first names changed?

Hopefully in sparing this country from a Clinton-against-Bush recurrence, instead Hillary might be challenged by one of three already-declared U.S. senators in a quickly crowded field of Republican candidates. Unless your crank uncle gets in the race, it thus far includes Sens. Ted Cruz, Rand Paul and Marco Rubio.

Others on the right rumored to be mulling a run for the White House are retired neurosurgeon Ben Carson, New Jersey Gov. Chris Christie, Wisconsin Gov. Scott Walker, former Arkansas Gov. Mike Huckabee, former Pennsylvania Sen. Rick Santorum, former Texas Gov. Rick Perry, Louisiana Gov. Bobby Jindal and past business executive Carly Fiorina. About the only Republican who has said he will not run is 2012 Republican presidential nominee Mitt Romney, but he already lost twice and maybe is finally getting the message that Americans don’t think of him as Commander-In-Chief material.

Between Bush, Clinton, Cruz, Paul and Rubio, I personally have no doubt who would better represent the interests of a majority of Americans. But is there not a palpable sense Hillary has just stayed too long at the party? Doesn’t it seem as if she has been running — or some Clinton has — for president at every cycle in the past 25 years?

OK, maybe some of this is unfair. Hillary did run up against the fast-breaking, rising-star Barack Obama candidacy in 2008 and got pushed aside. That was not her fault. Until Obama became the favorite and a historic candidate as the first-ever African-American who could capture the presidency, it looked like Hillary would at least be the first-ever woman nominated at the head of the ticket with any realistic chance of winning the executive.

“Everyday Americans need a champion,” Hillary said in her two-minute campaign announcement as she portrayed herself in a muscle-flexing way as a fighter for ordinary Americans.

But the biggest problem is that neither Hillary nor her husband are all that entirely progressive or bastions of liberal policies as some champion them to be. For example, some of Bill’s legislative accomplishments while president were total cave-ins to conservative pet projects like welfare reform and the North American Free Trade Agreement (NAFTA).

I’m not suggesting we shouldn’t have a female president; in fact, it is long overdue as women represent more than half of the electorate, but not solely on grounds to check that box and move on.

To her credit, with the campaign announcement and Podesta’s missive, she is the first presidential candidate to approach tackling climate change as a priority. Incredibly, in 2012, neither major-party nominee — Romney and Obama — was asked about it during any presidential debate.

But is Hillary really as green as she would like people to believe?

She favors an all-of-the-above energy policy similar to positions Obama has since taken and is not as hawkish on climate change as many progressives would like. She supports continued domestic oil and natural gas drilling and as Secretary of State promoted fracking abroad, which has been linked to contamination of drinking water and earthquakes in the U.S. She has also supported continued offshore drilling in the Gulf Coast, however rebranded, and will not take a position on the controversial Keystone XL Pipeline or its possible expansion.

And as U. S. Sen., Hillary also supported then-President George W. Bush’s rush to war in Iraq on the pretense the country’s dictator Saddam Hussein possessed weapons of mass destruction that were an imminent threat.

It is highly unlikely a true progressive like Sen. Elizabeth Warren will run for the office in 2016, but we also should not be so quick to settle. Americans do truly deserve a champion for working families and their causes, but Hillary just might not fit that bill. Instead, this could be a perfect time for left-leaning Americans to truly lean in and stop settling for candidates who do not actually represent progressive values or interests as well or truly as this country deserves. 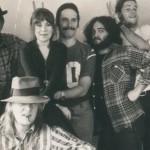 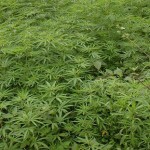