Ah, the right to free speech is such a bastion of American society.  Except when it isn’t of course.  So when isn’t it?  Well, when people with authority take offense with your free speech and use that authority to make you pay for it.  And I’m hard pressed to find a different description for this story.  And the story is, Tennessee man Andrew Garton used Photoshop to make a truly offensive picture about a dead cop and posted it on social media.  That’s not something I would do, ore recommend to anyone else.  But it’s free speech, if poor Photoshopped taste.  But Tennessee cops still among the living done went and made an arrest for said offense.

LOCAL MAN PISSED OFF LOCAL COPS, WHO ARREST HIM EVEN THOUGH PIC PHOTOSHOPPED

So one would have to imagine that Andrew Garton doesn’t care for his local police.  Or, at least, for even the memory of Sgt. Daniel Baker, who died on the job back in 2018.  So Garton took the photo from the 2009 album cover of the band, The Rites and made it look like people were pissing on Sgt. Baker’s grave.  Or, at least, his portrait on a grave.  But Tennessee’s Dickson County’s police don’t seem to have any detectives, or common sense.  So they assumed that the Photoshopped picture was real.  But even though they realized the picture was an edit, they still went and arrested Garton for the charges of Harassment.

WHILE DISTASTEFUL, A PHOTOSHOPPED PICTURE IS FREE SPEECH, NOTHING TO DO WITH DESECRATION

No, really.  And when the police Tweeted about his arrest, they couldn’t even be bothered to know how to spell desecration.  Again, really.  So Garton is in custody, held for a $76,000 bond at the Dickson County Jail.  So I really want to know how this will play out.  It’s clear that these local cops feel they have the power to do this.  So they’ve done things like this before.  But this time, you’re reading about this and so are others.  And it doesn’t pass the basic muster for Constitutional Rights 101.  So now, a LOT of people are hearing this story, and seeing the Photoshopped picture.

Maybe we’ll even learn what this is all really about in the end. 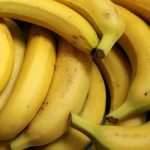 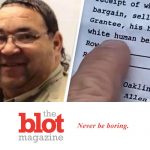