SURE, THE ALTAR IS A CRAZY SEX FOR BREAKING CHASTITY, BUT UNDER ARREST?

PASSERBY SAW THEM GETTING IT ON ON THE ALTAR, RECORDED VIDEO FOR POLICE

Someone happened to walk buy and look in the window on the night the three were getting it on.  The three were the priest, 23-year-old Melissa Cheng, and 41-year-old porn star Mindy Dixon.  See?  He’s kind of a hero.  Because it’s a total sexual fantasy made real.  Well, until police arrest you, that is.  But the passerby also recorded the three in the act on his cell phone and gave the video to police.  But police say these were obscene acts that were visible from the street and arrested all three.  I don’t even beg to disagree.  If you have sex in your home and someone peeps in the window, does that make it an obscene act?  What’s the definition of obscene?  Damn, I wish that was me?

Sigh.  The priest is no longer a priest, of course.  And an Archbishop, um, came by a few days later to re-sanctify the altar.  There’s no word if he had two helpers for parity. 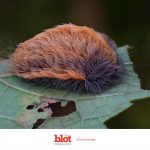 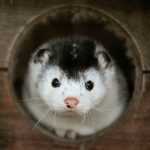