The new observations were made through studying two groups of mother-child pairs. The study found that children exposed to air pollution during gestation are not only at a higher risk of developing physical symptoms like asthma, but more likely to score lower on full-scale intelligence tests as well.

In the paper from Columbia’s Mailman School of Public Health, researchers determined a correlation between children born to socioeconomic disadvantage, exposure to elevated levels of polycyclic aromatic hydrocarbons (PAH) and lower IQs. Because many young mothers in the study live within areas of elevated PAH and also experience material hardship, the policy implications of these findings are extremely numerous and troubling.

Especially in high-density cities, PAH in the environment are ubiquitous. The compounds are found in emissions from vehicles, tobacco smoke, oil, coal burning and other combustion.

The study followed 276 mother-child pairs from pregnancy through early childhood. One group of mothers self-identified material hardship both before giving birth and at several times afterward. Hardship is defined by an individual’s unmet basic needs and includes food, clothing and housing.

“Our participants were recruited from northern Manhattan and the South Bronx, areas that tend to have a lower-income population and which also tend to bear a disproportionate burden of air pollution as compared to more suburban and rural areas,” Dr. Frederica Perera, lead author of the paper and director of the Columbia Center for Children’s Environmental Health, told TheBlot Magazine via e-mail.

“At age 7, we found that among children who were highly exposed to PAH prenatally, those whose mothers had reported high material hardship had statistically significant reduced IQ,” Perera wrote. “Thus, our findings suggest that early-life exposure to air pollutants may interact with adverse socioeconomic conditions to affect cognitive development of children.”

The researchers previously found that children in the material hardship group showed developmental delay by age 3, reduced verbal ability and global intelligence at age 5 and signs of anxiety and depression by age 7. Then, at 7-years-old, they assessed the IQs of the children from both groups using the Wechsler Intelligence Scale for Children.

Combatting this problem will be a long road that begins at the intersection of the environmental and social, which will be fought by policies that help poor areas. Perera noted that a multifaceted approach is needed to alleviate the burden this double-edged sword cuts into kids of lower-income neighborhoods.

“In terms of shaping policy, low-income communities should be the highest priority for reducing air pollution levels, as their susceptibility and risk is likely to be higher.” she wrote. “Ensuring clean, healthy air is really a responsibility of policymakers entrusted with the responsibility of protecting public health.” 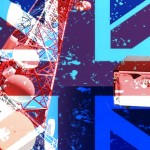 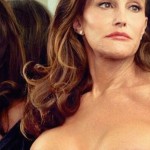