Jon Stewart displayed his typical hilarity and astuteness when he called out the media for obsessing over Caitlyn Jenner’s appearance. Stewart’s commentary on the state of media coverage of women went beyond the LGBT community and poked at perception issues of our overall society. But when looking at public reaction specifically associated with transgender-related events, the gushing over Jenner’s attractiveness is a pretty remarkable development.

Stewart even jokes in his segment that he expected all sorts of terrible things to be said about Jenner following her Vanity Fair cover. Instead, the media treated Jenner like it treats many other women, focusing on sexuality above everything else. But the simplification and sexualization of women in magazines is a whole ‘nother issue that needs its own addressing. Stewart may have been sardonic when he addressed Jenner with, “Welcome to being a woman in America,” but it’s actually incredible that Jenner is indeed being treated like a woman and not like an outcast.

And yes, it is reductionistic to distill the complexities of our society’s polarizing conception of transgenderism to how we react to a famous person’s physical appearance. But ignoring the embrace of sex appeal here would be ignoring a huge shift in public acknowledgment of an issue that has been around for ages but remains hidden or undiscussed in many American homes.

At least more people are now admitting in public that they actually find a transperson attractive. It’s sort of like a small-scale coming out for the straight and cis. Because the thing is, people have been attracted to transgender people for a long time. It’s just usually remained secret.

Read more: A Day in the Life of a Transgender Girl

What all this means is that it’s not really a rare occurrence for a cis-person to find a transperson attractive. Yet, in many places in America, a cis-person admitting this would likely be scorned for making these feelings public.

But those reactions appear to be slowly eroding. It may take awhile for the new zeitgeist to reach heartlanders or Bible-belters. But anecdotally it appears the “mainstream media,” which seems to more-often reflect the opinion of the coastal cities these publications are based out of, is becoming fine with focusing on a person’s preferred (as opposed to given/birth) identity when judging someone’s appearance.

Sure, pronoun flubs paired with phrases like “va-va-voom” are tacky as hell, and transgenderism will remain an awkward thing to talk about for many people — but opinion or acceptance never shifts overnight. It took until 1973 for the American Psychiatric Association to remove homosexuality from the Diagnostic and Statistical Manual of Mental Disorders, until 2003 (!) for the Supreme Court to strike down sodomy laws governing sex between consenting adults and until 2004 for a U.S. state to legalize gay marriage.

So we should be careful to not overstate the immediate impact of Jenner’s revelation. That said, I still can’t help but wonder if the overt sexual provocation brought on by the Vanity Fair cover will represent a pseudo tipping point that got the ball rolling for most Americans to publicly acknowledge they can find a transgender person attractive — and that they no longer had to feel alone or “weird” for admitting this. 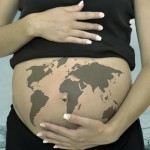 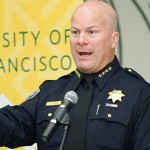