A few weeks ago, the iconic Cher was escorted by designer Marc Jacobs to The Met Ball. We should have anticipated that such a move would end up with Cher being the latest addition to the trend of older — as in 60-plus — famous women being featured in fashion ads. Cher was later revealed as one of the faces of the Marc Jacobs’ Fall 2015 line along with 14-year-old Willow Smith. Amazing indeed. Jessica Lange, 65, was the former “ad It Girl” for the beauty department of Jacobs’ famous brand.

These formidable ladies are not alone since American actress Anjelica Huston, 63, French actress Catherine Deneuve, 71, and English actress Charlotte Rampling, 69, have all be hired to embark on this publicity trend for Gap, Louis Vuitton and NARS, respectively. But will this last?

Older women have more purchasing power since most of them are already-established financially and are able to acquire luxury products, so perhaps these new directions that fashion brands are finally taking to include older personalities might not be just a phase after all. Beauty company L’Oréal has used actress Diane Keaton, 69, for quite some time for its American division, and most recently, the iconic model Twiggy, 65, and actress Helen Mirren, 69, have become its U.K. ambassadors.

Fashion can be confusing at times because it changes its rules in the most senseless ways. Remember when Isabella Rossellini, who was the face for Lancôme for 14 years, was fired few days after her 40th birthday for apparently being too old for the industry? Carmen Dell’Orefice, 83, is a stunning-looking model whose career is reaching 70 years. So, what works for one might not work for others.

I hope that very soon Jane Fonda, 77, who graced the May cover of W Magazine, and 73-year-old Barbra Streisand will join the great fashion list of ads featuring older women. Can you imagine how fabulous it would be to see Barbra on a Donna Karan fashion advertisement? Or Debbie Harry for Versace? Or Bette Midler for Jean Paul Gaultier? Or Betty White for Chanel? This list could go on and on …

But who really is fiercely taking the world by storm is the “new face and body” in the game: Caitlyn Jenner, formerly known as Bruce Jenner. There is no question that any fashion brand that would hire her for a fashion campaign will completely dominate the scene for a while. Jenner’s Vanity Fair cover and fashion spread, shot by Annie Leibovitz, broke any social-media records. After all, Jenner was a real Olympic champion, so she knows how to lay down a strategy to win any game, and Caitlyn, 65, looked so fierce in that red Donna Karan dress inside that Porsche that she will leave anyone eating dust … Kardashians who? 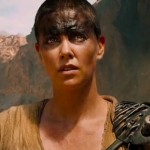 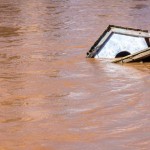