If you’re a “Game of Thrones” fan, you’re used to heartaches — didn’t we all see the death of heartthrob bastard Jon “You Know Nothing” Snow coming in the season five finale? Oh, I should have mentioned: Massive spoiler alerts here.

Now that the HBO series caught up with the books and even created its own little plotlines not seen in George R.R. Martin’s novels, what happens next? Season six actually starts filming in a few weeks, and as we go through the annual withdrawal ritual until the series returns next spring, we’re left with tons of questions.

(If you need a recap and scorecard, Game of Thrones Wiki is a great source)

– After Daenerys Targaryen was down to a trio of Dothraki loyalists in season two who disappeared into the Red Waste, how will these other Doth khalasars (clans) deal with her now that they’ve found her again? Remember, she didn’t want to go back to their Vaes Dothrak homeland, where she happens to be now, before, and they didn’t dig her style (i.e. being nice to slaves).

– Is Drogon in need of coffee, or did the Harpy spears make him a candidate for the glue factory? Also, couldn’t they have come up with a better name for a dragon?

– Since Jorah Mormont saved “Wiz Khaleesi” and Missandei is supposed to be her BFF, how come Dany flew off and left them behind? Some friend, huh?

– Do Grey Worm, Missandei and Tyrion really have what it takes to rule and keep the Sons of Harpy in check? Varys is in the mix again (admit it, you missed him), so maybe he can help steer them the right way?

– Tyrion teased Jorah and Daario Naharis that they both had a thing for Dany (they do), so how are they gonna get along in their search for her? When they find her, do they play nicely with the Doths or have to battle ’em all?

– Dany dropped her ring before her ol’ homies showed up, so obviously, that’s how J&D might find her, assuming there’s no Dothraki lost and found. But how likely is it really that they’d find that tiny ring in that huge hillside?

– Is Cersei so fazed now that she can’t get her kid King Tommen to go and kick the High Sparrow‘s ass? If she still has her scheming ways, can the Kingsguard put down Sparrow and his faith bros?

– Tommy’s gonna perk up when he sees Mommy, but he’ll still be weepy about his wife Queen Margaery being in lockdown. So will that cut off Cersei’s flow of haterade for Marge to help free her, realizing that it’s more important to get rid of Sparrow?

– Will Jaime figure out that the Sands (Mama Ellaria and her bad-ass Sand Snake daughters) put the whammy on Myrcella? If so, does that mean war with Dorne?

(Side note: Elly and the Snakes seem to be under Doran Martell‘s thumb again, but we don’t really believe that, do we?)

– Littlefinger, aka Petyr Baelish, looks like he’s gonna form another alliance with Olenna Tyrell, aka the rich ol’ gal who props up the royal family and now hates them for locking up her grandkid, aka Queen Marge. Since LF/Olly plotted King Joffrey‘s murder, what kind of grand plan are they gonna hatch now?

– Everyone assumes Ser Robert Strong, who carries off Cersei, is some sort of reincarnation of Gregor “The Mountain” Clegane, it’s said he’s gonna keep his mouth shut until all of her enemies are offed. Why do we hear that unless he’s really gonna kick everyone’s butt? Cersei has lots of enemies, remember?

THE MANY FACES OF ARYA

– Kudos to the youngest Stark daughter for turning Ser Meryn into shish kabob, but Arya pissed off Jaqen, who messed with her head and … blinded her? What’s she in for now? Her revenge plans are probably screwed, right?

– How incredibly pissed will Ramsay Bolton be when he sees Theon Greyjoy/Reek and his wife Sansa Stark gone? And who’s he gonna take it out on?

– If they survived the jump, where do Reek and Sansa go?

– Will Brienne and her non-boy toy Podrick save them? If they do, where can they take them?

– After being gypped out of our favorite one-syllable character, Hodor, we demand his return! The H-Man, Bran Stark and Meera finally meet the three-eyed raven who says Bran ain’t walking but he’ll fly. Which means …?

– Can’t the show’s budget allow one more word of dialogue for Ho-Daddy??

AND NOW THE NIGHT’S WATCH IS OVER?

– Thorne, Tollett and anyone left at Castle Black doesn’t have the mojo to take on the White Walkers, so who’s the Seven Kingdoms’ savior?

– Is Snow REALLY DEAD? Actor Kit Harington reupped his contract, but says he’s not in season six though conspiracy theories abound. If he’s not croaked, how does he return?

– Presuming Snow is, indeed, gone, do Thorne and the mutineers go after the wildlings?

– Snow’s bestie Sam Tarly left the Wall with Gilly and Lil Sam, but what will the maester wannabe do when he hears about Jon? Team with Tollett? Crawl under a rock?

– The remnants of Team Stannis are at the Wall, too. So, who’s Ser Davos loyal to now? What kind of  spells does Melisandre have left, and who will she use them for? (Bonus question: If the Red Woman was so sure of her magic, why’d she bolt on Stannis?)

– It’s not far-fetched to bring back some fave ol’ corpses — Melisandre and the Night’s King from the White Walkers can do it, right? Along with the Snow man, we want Eddard Stark, the lovable Hound, Oberyn Martell, Robb Stark, Drogo, Shae, Jojen Reed (not inconceivable with his magic stuff), ol’ Maester Aemon, Tywin Lannister (the best bad guy) and Joffrey Baratheon (kidding!).

Could we please bring back Walder Frey so he can get sliced up for arranging the Red Wedding? Who doesn’t wanna see that? Calling Brienne! 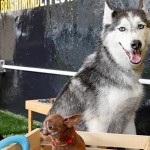 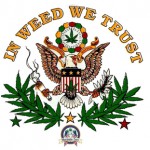