Celebrities are charming and exciting and all that jazz, but I’ve interviewed enough of them to catch the oddball moments when they’ve been less than that. Here are the 10 most chilling (a lot of which are from a long time ago; either celebs have gotten nicer or maybe they’ve just gotten better behaved around me):

In the early ’80s, I interviewed the Grammy-winning singer and was stunned to find that she could barely keep her eyes open or eke out sentences and was practically nodding out right in front of me. I genteelly asked, “Do you want to do this some other time?” but her publicist said, “No! She’ll do it now!” obviously determined to circumvent any personal problems and just get the press out. Later, Natalie went to rehab for heroin and crack and cleaned up and triumphed, and I couldn’t be happier about that. That wasn’t much of an interview!

In our 1970s interview in his hotel suite, the wacko comic pulled all the stops out. He assumed a British demeanor when calling room service, then said he’d had no idea he’d lapsed into a different accent. He revealed some weird superstitions, like how no one could go into the bedroom unless he went in there first. And he said to his writer Bob Zmuda, “Don’t you want to tell him how sometimes you have to pull me offstage? … You said that I flipped out a few times.” “But you’re not flipping out anymore!” screamed Zmuda. Even though I knew this was all shtick to enhance his legacy, it had such a (sur-)realness to it that I flipped out.

In the ’90s, the fiery alt-rock singer approached me at an event to say, “Why did you say I have the face of an Olympic gymnast?” She was really hurt. But I never wrote that! I explained to her that it was all a misunderstanding. What I didn’t tell her was that I’d written something else about her — “Every day is Halloween for Fiona Apple.”

I was interviewing the famous supermodel for a glossy monthly. She was fine and charismatic and delightful, but halfway through the interview, she seemed possessed by the devil and started screeching at me, “My friend Steven [Meisel, I assumed] told me this had better not be for the Village Voice!” No, it wasn’t — though her behavior certainly found a mention in there.

I was scheduled to interview the award-winning Spanish director at a nightclub. I’d heard he had a new boyfriend and was happy for him, so when I first greeted him at the club, I said, “So you have a new boyfriend! Congratulations!” It was merely an icebreaker and was meant as a nice gesture, especially since we were meeting in an informal setting full of open sexuality. I was surely going to ask lots of questions about his fabulous work, which was my main focus. But upon hearing my opening salvo, Pedro quickly clammed up, not talking to me for the rest of the night except in unusable spurts. The next day, I was told, “The interview is canceled! He was horrified that you only wanted to talk about his personal life!”

After I did a phone interview with the offbeat actor in 1989, he called me back — six times! He wanted to tell me the following things: He’d soon have album art that I could run. He didn’t realize the article would be strictly about him and not about the movie “Wild at Heart” in general, and he felt uncomfortable about that. He didn’t want an article about him to run in the next two weeks. He didn’t want anything at all to come out on him until two weeks before the album’s release. It would be awful if it looked like he was trying to get publicity for a small role. No, wait, this piece will be just fine.

Three years ago, I was asked to do two talkbacks with the Tony-nominated star of “End of the Rainbow” (in which she played Judy Garland at the end of her rope) after performances of the show. I was well-prepared and positive, and the first one went well, and then I wrote up some of what she’d said at the event, using that as a plug for the second one. But at the theater the second time around, Bennett cornered me, mad that I had written it up! Even though this is the age of social networking and nothing said in a theater can stay private! Even though I’d been gushy and quoted her properly! And made it a gigantic plug! And left out the fact that I didn’t really like the show much! Tracie was on the rag, having not won the Tony and having just been told the show was closing, and she was heading back to the U.K. So she took it out on me and said I should have kept it all to myself and let people come in person to hear what she has to say. I wanted to say something, but she seemed so downtrodden at this point that I merely went through with the second talkback, was professional and then split.

At the height of his ’80s messiness, the “Geek” from “Sixteen Candles” came late to the premiere party for his new movie. It was called “Out of Bounds,” aptly enough. Hall was dripping sweat and was truly out-there, obviously having joined the God-knows-what-for-breakfast-club. He was throwing flowers at photographers, playing with a finger puppet and turning up the music box he’d happened to bring. All sorts of official people suddenly gathered ’round the guy to make sure I didn’t get near him for an interview, and I heard lots of murmuring and walkie-talking to make sure that didn’t happen. “Get Michael Musto away for five minutes!” one flack shouted in a panic. He has long since pulled it together, thankfully.

In 1987, I was ushered backstage to meet the eternally kittenish Eartha at a cabaret called the Ballroom, where she was about to perform. “I know you’re not going to ask any questions,” she droned, acknowledging how rare it was for her to let a journalist come backstage before a show. “Well, just one,” I ventured, angling for some copy. “Well, ask it and get it over with,” she snarled as she played with her dogs and got her hair teased. “OK. Is it true you’re playing a madam in two films coming out?” I whinnied, my pulse racing and my palms sweating. Weighty pause. “Get that from my publicist!” Eartha barked. “I’m a different person now!” And she became yet another person once she hit the stage — all grinning charm. But the woman was a true genius, I’ll give her that.

At the church-turned-club Limelight one night in the ’80s, a diminutive purple man was moving around on the dance floor, surrounded by a dutiful circle of bodyguards. He was dancing by himself and needed protection from his partner, I guess! Such a little weirdie. 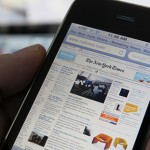 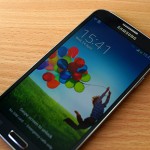