I wish people were as adamant about protecting their Fourth Amendment rights against unreasonable searches as some are about their Second Amendment rights to carry firearms into Wal-Mart. In the 21st century, we seem to have let technology get way ahead of the curve. As evidence, let’s start with the NSA data mining, move onto Google and Facebook screwing with your data and throw in the persistence of no-knock raids and other bad ideas from the war on drugs. The latest is a dog that has been trained to sniff out electronic storage devices.

Even the slowest kid in first grade knows that dogs have a better sense of smell than people, and that sense is one of the legion of attributes that has made them excellent symbiotic partners for humans. Hounds have been useful in hunting for millennia.

Canines that can smell certain contraband have only been around since 1986. A guy named Jack Hubball identified some accelerants that arsonists used that dogs could detect just by scent. He then moved on to detecting drugs and explosives. So far, “Good for Jack.” Detecting an accelerant at a burned building doesn’t seem like an unreasonable search. Clearly there was a fire, and the question is whether it was criminally set. The same is true of detecting hidden explosives before they go off. Mining companies and demolition firms don’t hide their explosives because what they do is legal. The guy who wants to blow up my plane is going to try to hide the stuff.

On the matter of drugs, I am less positive toward dogs sniffing them out. The war on drugs has been going on since the 1960s, and it’s time to admit that drugs won. It’s not that I approve of drug use (I use nothing stronger than caffeine), but rather I just don’t think the justice system is good at dealing with medical and psychological issues like substance abuse. If some drugs are going to be illegal, then I suppose having a dog able to sniff them out at the airports and docks might cut down on trafficking.

However, when I learned that Hubball trained a dog named Selma to sniff out electronic-storage devices, I had to scream loudly into my pillow. There is a qualitative difference between a USB stick and Thai stick.

The argument for Selma and dogs like her is that they help detect child porn and fraudulent documents. “Since going on her first assignment in October 2013, Selma has been involved in more than 50 search warrants with local and state police, as well as the FBI, [Detective George Jupin of the Connecticut State Police’s Computer Crimes Unit] says. In one search, Selma discovered a memory card buried in a drawer inside a sewing machine. Material on the card led investigators to establish links between a suspect and the victims. While most of the material found by Selma is child pornography, she’s also located fraudulent documents and assisted on a homicide where the suspect used software to find information on firearms,” Bloomberg reported.

The operative clause there is “in more than 50 search warrants.” In other words, the police had sufficient probable cause to go to a judge and get a warrant. Selma just helped.

OK, OK, the police in America never, ever do that kind of thing because their hearts are pure and their minds are clean and wholesome. But there are countries (China, Russia, Saudi Arabia and others) where the local rules exist to protect the powerful rather than to provide justice. Of course, if you have nothing to hide, then you have nothing to fear (cue evil laugh).

Hubball’s next idea is to find a way to get dogs to detect the unique compound in liquid crystal displays so the authorities can find LCDs on hidden smartphones.

Welcome, Winston Smith, to the Ministry of Love. 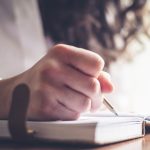 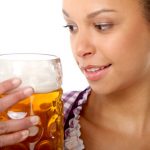