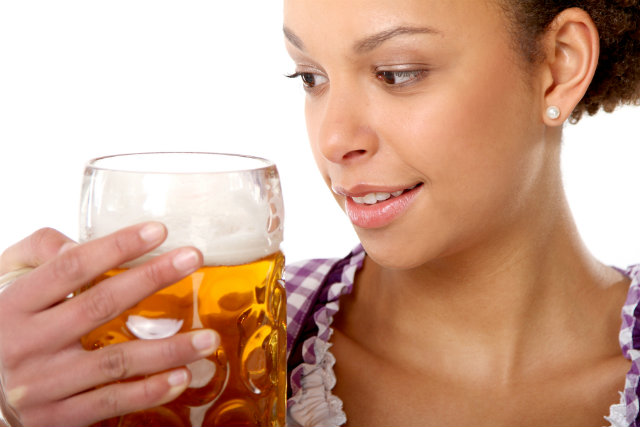 Your pee is worth money! Everybody knows that you can drink your pee in the desert (but you shouldn’t), and that peeing on a jellyfish sting makes it stop hurting (except it doesn’t).

What’s in urine, anyway? The basic ingredients are water, urea, creatinine and a bunch of inorganic salts, but that’s just the start. Turns out it’s so complex that a team of scientists required seven years to figure out what’s in it. In 2013, they announced that it has more than 3,078 confirmed “metabolites,” a general term referring to the molecular results when the body metabolizes food, medicine, environmental contaminants and so on. In other words, it’s amazing stuff.

Because the average human adult produces enough pee in a lifetime to fill a swimming pool, the question of how to dispose of pee has lately loomed large in political conversations. In Arizona, for example, one lawmaker recently proposed a bill making it a crime for illegal immigrants to use public bathrooms, setting up the conditions for “Urinetown,” USA. A case of life imitating art?

Instead of flushing the stuff down the toilet, why not make a bit of money off it? To the tune of “Twinkle, Twinkle, Little Star,” let me suggest:

1. Turn it into a video game

Years ago, after watching a boyfriend play video games for hours using a joystick, I said to myself, “Gee whiz! I should invent a game where players use their man-sticks to direct the action onscreen!” Because I cannot code, I wrote this idea down and stuck it in a novel. Which, 10 years later, I am still writing. In the meantime, because progress waits for no man, a London company called Captive Audience turned “urinal gaming systems” into an actual thing. As of last year, these new pee-controlled games were being installed at Coca-Cola Stadium in Allentown, Pa., home of the minor-league baseball team known as the Lehigh Valley Iron Pigs. They predict a heavy (revenue) stream. Let the games begin!

2. Use it to water your eco-friendly bamboo trees

A California company called Hyphae Design Lab developed the “PPlanter” in order to address the special misery felt by liberals who want to save the planet but keep their pied-à-terres free of urine scent markers. As an experiment, San Francisco installed these new open-air, odor-free and totally self-enclosed public toilets in one of its swimming-pool-free districts. Success! Not only are PPlanters beautifying and durable, they’re made of out panda bears’ favorite food: living bamboo trees! Pandas don’t live in San Francisco, but hey, what with all the new bamboo trees in the city, maybe they will. It would be great for tourism.

3. Create delicacies that foodies will love

Every spring in Zhejiang province China, the locals look forward to a treat called “Virgin Boy Eggs.” Fresh chicken eggs are soaked in urine from boys age 10 or younger. The liquid is brought to a boil, and when the eggs are fully cooked, the shells are lightly cracked. They’re then left to simmer in the hot pee for hours. Not only do locals swear that Virgin Boy Eggs taste very good, but they are convinced that they confer health benefits. In China, the going rate for one of these delicacies is twice as much as a regular hardboiled egg. Is the American foodie scene ready for this daring cuisine?

4. Pee on a stick and sell it on Craigslist

It’s become a cliché to list “Weird Things for Sale on Craigslist.” Most of these “weird” items are totally lacking in creativity, such as No. 9 on this Mashable list, which turned up a guy selling a urine kit complete with vacuum-packed pee. It’s one thing to try and sell a flaky item., it’s another thing to find a buyer. So pregnant women have been peeing on pregnancy-test sticks and putting them up on Craigslist. Ho hum. The interesting part is that they’re selling like hotcakes. Who’s willing to pay money for them, and what are they doing with them? Do I really want to know? Some mysteries are best left unsolved.

Agnès Humbert’s remarkable book “Résistance: Memoirs of Occupied France” chronicled her experiences as a leader of the Résistance held in a forced-labor factory in Germany. Most of her fellow prisoners had been arrested for ludicrous crimes such as making love potions and lotions using their own urine. (The socially correct way is to use someone else’s. Today’s lotions use synthetic pee — specifically, the ingredient called urea — to achieve similar softening effects.) One wonders what would have happened if they’d known that during the American Civil War, Southern belles were asked to save their pee because it contains potassium nitrate. Also known as saltpeter or niter, it’s one of the major ingredients in gunpowder.

Far from being a mean-spirited Yankee fable, the lady-pee gunpowder worked so well that Southerners composed ditties in its honor:

What could make a Yankee soldier sadder,
Than dodging bullets fired by a pretty woman’s bladder

Tellingly, when the soldier’s wagons would come around to collect the lady pee, it was called “gathering up the lotion.”

6. Rid yourself of a curse

According to archeologist Marshall J. Becker, urinary problems were common “both in England and America during the 17th and 18th centuries, and it is reasonable to suppose their symptoms often were attributed to the work of local witches.” The cure was to make a “witch bottle,” a glass bottle filled with the afflicted person’s urine plus six sharp pins (4=quart, 5=quint, 6=hex, long believed to be a magical number effective against witches. Hence the phrase, “a hex against witches”). The full bottle was sometimes boiled, thereby metaphysically transferring the pain to the witch and revealing his or her identity. Unfortunately, the bottle might also explode, thereby directly transferring the pain to the bleeding, cursing cook. It became popular to bury them.

Alternately, it was believed that the bottle served as a decoy, attracting the malevolence of the witch and sparing the intended victim. One of the original witches of Salem, a woman named Tituba, was linked to a variant of the witch bottle. This was the “witch cake,” a confection made of rye meal mixed with the urine of the afflicted person. It would be baked and fed to a dog, presumably on the decoy theory again.

Maybe it’s my lack of imagination, but it’s difficult to see a bakery business that’s based on pee and curses thriving in the Age of Lawsuits. This being said, Emily Hope Price happens to suffer from powerfully afflicted innards, just like those poor bewitched girls in 17th-century Salem. Because Emily lives in the 21st century, however, her solution wasn’t to bake a cake and feed it to the dog, but to sing about it and put it on the Internet: “Everything Rhymes with Pee and Poo.” A spell, then, instead of a potion, to charm the beast into submission. Guess what? She feels better now. Have a listen, and you might, too. I hope it turns into a gold record for her. 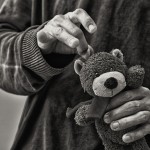