Father’s Day is here, and amid all the nonsense about what fatherhood means in the 21st century, there is one thing I have learned about dads. Almost all fathers do the right thing by their children. Guys who make good fathers stick around, and the dickheads leave. If your father wasn’t around when you were a kid, maybe that was the best thing he could have done for you. You don’t think so? Consider our Top 10 List of Worst Fathers Ever, and I bet your dad, even an absentee father, seems pretty amazing by comparison.

Bing was a crooner of no small significance in the middle of the last century. He starred in numerous movies, often with comedic partner Bob Hope. He made a pile of money and bought the Minute Maid brand. At home, though, he used to beat and emotionally abuse both sets of kids (married twice, of course). How bad was it? Two of his sons, Lindsay and Dennis, shot themselves in the head on separate occasions.

Russian Tsar Peter I build St. Petersburg and dragged Russia out of the Dark Ages into something like the modern world around 1700. He also physically and emotionally abused his son Alexiei, and historian M.S. Anderson said this gave Alexei “an increasing tendency, notable even in the Russia of that age, to heavy drinking.” If you think Russians booze it up now … so when excessive drinkers are telling you to slow down, you’ve got a problem. Peter eventually fixed that problem, though. He told Alexei he would “cut you off like a gangrened limb,” and he had his son tortured to death.

Believe it or not, Russia had a tsar who may have been a worse father than Peter. Ivan IV, the Terrible, was married eight times, which did nothing for family stability. He appears to have loved only the first, Anastasia; the others were imprisoned, poisoned or executed (one outlived him). He broke the first rule of being a Good Dad, “Don’t kill Mom.” Given to paranoid fits of rage, he beat one daughter-in-law so badly she miscarried. And he bashed his son’s brains out with his scepter. Rule Two of Good Fathering is “Don’t kill the kids.”

The older Marvin shot his son to death after a lifetime of making the musician miserable. The older man’s religious fanaticism coupled with an interest in cross-dressing made Junior’s childhood difficult. The Cadillac the singer bought dad didn’t help much, nor did letting the old guy live in the star’s luxurious home. The father shot the son in a dispute over a missing insurance policy, with the pistol his son gave him at Christmas.

Murdering your kids isn’t the only way to prove you’re a bad dad. Phillips, big shot in the 1960s counter-culture because he was lead singer in The Mamas & the Papas, used to do cocaine and heroin with his daughter Mackenzie (who starred in crap sitcom “One Day at a Time”). I don’t think it was just the drugs that fueled their decade-long incestuous relationship — I’m pretty sure there was some bad parenting on top of it. Her half-sisters deny this ever occurred, but then, what kind of dad produces a daughter who would make that up? Either way, he’s on the list.

Cafe Does Latte Portraits of Millennials

Now, I’m not saying that drug abuse and incest are less serious than just incest, but addicts can always say they were not in control. Woody Allen running off with adopted daughter Soon-Yi Previn is not biologically incest, so this could have been lots ickier. Still, leaving a woman, wife or not, for her daughter, adopted or not, is just plain sleazy. Inconclusive medical reports of incest involving adopted daughter Dylan Farrow at the age of 7 don’t help.

Patriarch of the Jackson family of musicians, Joe was another Bing Crosby, strict discipline with physical and emotional abuse being common place. He told Oprah in an interview, “I don’t [regret the beatings]. It kept them out of jail and kept them right.” With regard to Michael, “I don’t think he was afraid of me. What he was afraid of, he may do something wrong and I’d chastise him but not beat him. I never beat him like the media tried to say.” Maybe not, but living in perpetual fear of dad is the kind of thing that keeps a person up at night — and look where Michael’s insomnia led.

Perkins pled guilty in 2005 to weapons and drug charges and was in federal prison awaiting sentencing. In January 2006, he received permission to leave prison to donate a kidney to his son who needed one. Before completing the tests to see if he was, indeed a match, he skipped the country. He and his girlfriend spent 16 months, until April 2007, in Mexico. His son got a kidney from someone else.

Scott was convicted of killing his wife Laci in 2004. He dumped her body in the ocean, and it seems he killed her because his extramarital affairs were of more interest to him than his marriage. What makes him such an awful father is that Laci was eight-months pregnant when he killed her. The unborn baby, Connor was the name selected, died when his mom was killed. Peterson could have waited a couple of weeks, and then killed Laci after Connor was born, but he was too selfish even for that.

He’s the worst Austrian since Hitler, and my choice for the Ultimate Bad Dad. In 1984, his daughter Elisabeth disappeared from their home in Amstetten, Austria. He claimed she ran off to join a cult. Actually, he had imprisoned her in a cellar/dungeon he built under the house. In 2008, she re-emerged from the her cell. He had raped her thousands of times in the 24 years he held her there. Contraception was not on his mind during those episodes as she had seven children by him. One died in captivity after Fritzl refused to allow medical treatment. He is serving a life sentence in a prison psych ward. Elisabeth is serving a life sentence of memories.

So, tell me again what an asshole your dad is for missing that big event when you were 9 … 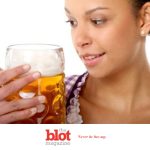 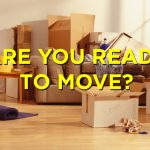