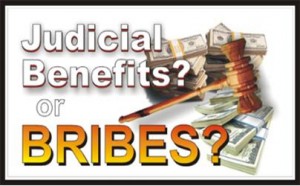 Judicial corruption is one of the worst nightmares in our society.

In Luzerne County, Pa., a respected judge named Mark A. Ciavarella was convicted in 2011 on 12 counts of racketeering, bribery and extortion. Ciavarella sent 3,000 kids away to a for-profit juvenile detention center. Aside from ruining so many lives, he received close to $3 million dollars in kickbacks. The scandal became known as “Kids For Cash.”

The children, most of them in their early teens, were sent away for the “crimes” of fighting with a classmate, creating a fake MySpace page, talking back to a teacher, or cursing. These kids were sent away for years. They lost their childhoods.

Judge Ciavarella worked with another crooked judge named Michael Conahan. When both were asked to explain what they had done surprisingly both agreed to be filmed for the movie, “Kids for Cash.” The telling of this horrific scandal sounds like a farfetched thriller. The story is told from the perspectives of the two villains, the victims, and all the heroes who got involved to fight for the kids and their families. Movie viewers witness the secrets behind what’s been called one of the worst crimes in American history.

Filmmaker Robert May was working on a different movie project when he stumbled upon this story. I’ll let him tell you the shocking details of what happened.

Dorri Olds: You were in Luzerne County when the story broke in 2009, correct?

Robert May: Yes, I was there working on another project, coincidentally about greed and power. The day the story hit the papers, I began to read every day and followed the story. I decided to put aside the other project. My producing partner and I felt like the media was giving everybody a sensationalized one-dimensional story. We wanted to get access to the villain.

Word got around that we were looking into the scandal. It’s hard to say why those two judges came forward to speak to us. Both judges felt their side of the story wasn’t being told to the public. Judge Conahan never even spoke to the media. Ciavarella seemed to need to explain that there was more to the story. When we began speaking to them they confided that it made them feel better. I guess it was like therapy.

Yes. We were also careful not to judge. We were there to get all sides of the story. Maybe because we were not sitting in judgment they felt they could speak to us. It’s hard to know. It was very important that we didn’t let anybody know we were speaking to Ciavarella. His lawyers firmly told him not to do interviews.

Did you feel this story was unfolding like a thriller?

Oh yes. It was like a Charles Dickens tale about twists and turns and betrayal.

I’m on the advisory board of Wilkes University’s creative writing masters program and the judge’s daughter happened to be part of the program. So, in the process of meeting the judge I also met his daughter and interviewed her as well. Then I’d see her on campus and have to pretend I didn’t know who she was.

Crazy things began to sort of pop up. One of the children’s mothers, Sandy Fonzo, was in what became an iconic photo in the media. Ciavarella was standing on the courthouse steps in the foreground and Sandy was in the background of the photograph and standing with the crowd of onlookers when she was caught on camera in an explosion of rage. Our camera crew happened to be standing right next to her when that photo was snapped.

Yes, and that type of serendipity happened all through this project. There were so many things that if I went into each one, you and I would be talking for the rest of the day.

Can you give me one example?

OK. The attic village that you see in the opening credits of the movie and again at the end of the movie, that was designed to represent a lost childhood. After trauma, like when children feel lonely, bullied or pushed aside, they draw themselves isolated, separated. We thought it would be an interesting thing to make a place where the kids could sneak up into an attic. We put boxes in the attic and created a little village with a good side of town and a bad part and there was the school. I had the image of that attic in my mind for the longest time and we hired a production designer to help build it. We built it and shot it.

A month after we shot it we got video footage of a girl who had killed herself. One of the editors ran to me and said, “You have to look at this footage.” I was like, “Why? We’re busy here.” But the editor said, “You have to look at this right now.” So we did and there was a child in her attic, in her house, taking video and the attic was the spitting image of the attic we had created. It had the same pitch of the roof, same window, I mean the works. It was exactly the same.

Did you feel moved to tears when these kids spoke about what had happened?

I used to be an emergency medical technician, and you cannot become emotionally involved. We had to be mechanical about this and just keep it together — but I felt the weight of the stories every day.

Did you ever feel any compassion or empathy for Judge Ciavarella?

It was important for me not to be judgmental. I approached all of the interviews the same way. They were in three-hour increments so we could get to the meat of the story during our conversations, and they were great conversations. I certainly saw a vanity with the judge. I saw a failed human. I didn’t know what to expect at first, but that’s the best way I can say it. I know that audiences have been split on how much empathy they have for both judges. Some do and some don’t. It was an incredible ride. 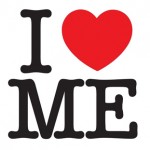 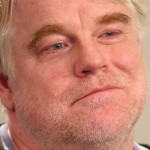