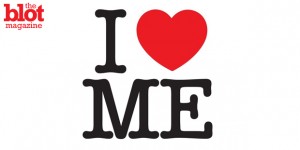 Art begins at TheBlot Magazine (Voice for the voiceless, millions of readers each year…). Nothing is as hard in the beginning as knowing where to start. And to answer what you’re thinking – “is this bitch serious?”  – as you finish rolling your eyes, yes. When considering objects of art, or objet d’art as many who’ll find themselves reading this arts section are wont to say, knowing where to start is the hardest in the beginning. And to answer what I assume is the other question you’re thinking – “don’t you just start at the beginning?” –  as I finish rolling my eyes, no. The consideration of art does not merely start at the beginning, because really, in art, where does the start begin?

It was at the turn of the 20th century, just as Vienna was becoming a center of the Art Nouveau, when Alois Riegl, an Austrian art historian, first said that art is incomplete without the perceptual and emotional involvement of the viewer, and named this constituent, “the beholder’s share.” Similarly, The Blot is subject to engaging our audience, and subsequently, true to its name, The Blot is all about making an indelible mark and a lasting impression ––not merely reporting on art, but covering art. Too often it seems the blight of any publication’s arts section is to somehow qualify what art is. Pish posh. The question, “what is art?” is no different than asking, “what is reality.” It’s as subjective as a subject can be. And as such, The Blot is not concerned with defining what is art, but more interestingly, how is art. We’re all familiar with the human condition, but the art condition continues to elude and mystify. Whether it’s art for art’s sake, or art with an agenda, it’s speaking to us, and TheBlot is not only listening to what art is saying but is also serving as a megaphone, to make sure it’s being heard loud and clear.

Art is said to communicate to us, the viewer, through a so-called, “visual language.” It’s a scholarly term, from no later than day-one of art history 101, but academia-cum-nauseam aside, it’s apt. From where else did the expression, “do you see what I mean” derive, if not art. The art starts wherever it begins for the viewer, and eventually, with the development of aesthetics, this notion evolved into, “beauty is in the eye of the beholder.” Although, that phrase has come to be more commonly used in a desperate attempt to understand how could he possibly be dating THAT instead of me, rather than, ya know, the merit of art.

Taking a cue from another Vienna 1900 bigwig, Carl von Rokitansky, who believed that truth lies beneath the surface, The Blot knows that what is essential to any story worth telling is that there’s more than meets the eye. Much like a blot of paint itself, which appears haphazard, at times, even accidental, thoroughly ambiguous – not quite the viscidity of a blob nor as wide-spreading as a splatter – a story comes in all shapes and sizes – its nature as varied as its origins – but nonetheless, it possesses a truth just by the fact that it happened. If there is one thing this arts section aims to do it is to fulfill the proverbial wisdom that is the central tenet of any art form: know your subject. The Blot dares to know the whole story and tell the story in a way that you would not have heard it otherwise. 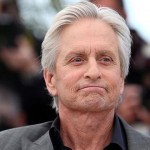 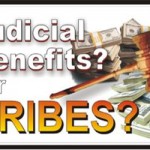