Agents with the Federal Bureau of Investigation who were investigating a California state senator over firearms trafficking and other offenses once had their sights set on an even bigger target: Former San Francisco 49ers quarterback Joe Montana.

The San Francisco Chronicle reported today that Montana was once contacted by an undercover FBI operative posing as a developer during an unspecified investigation into Montana’s real estate dealings — specifically, his plan to build a hotel adjacent to a new football stadium in Santa Clara, a town 40 miles southeast of San Francisco.

According to the report, an FBI agent expressed interest in making an investment in Montana’s hotel development during a secret meeting with the football superstar at a restaurant some time ago. Montana expressed no interest in taking on a new partner, the paper said, and the government eventually moved on.

The FBI and the Justice Department declined to provide information about the Montana investigation to the Chronicle for their report.

The information came to the Chronicle by way of trial attorney James Brosnahan, who is representing California state senator Leland Yee in a federal criminal trial on public corruption and conspiracy charges. A protective order on evidence in the Yee case was meant to prevent some information, including that which focused on Montana, from becoming public, the Chronicle reported last month.

It is not clear what Montana had to do with the FBI’s investigation of Yee. Brosnahan did not return an e-mail inquiry from TheBlot Magazine by the time this article was published. The attorney initially refused to comment about the Montana inquiry, but recently decided to open up as part of “a defense strategy to paint the feds as overzealous in their campaign to root out public corruption,” the Chronicle noted on Monday.

Lee pleaded not guilty in April to bribery and gun trafficking conspiracy charges. Before he was criminally indicted, Yee was running for the office of secretary of state in California; he announced his withdrawal from the race upon his arrest, but 300,000 Californians voted for him anyway. 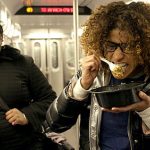