While America and England are famous for their celebrity chefs, we’re not particularly well known for our healthy-eating habits. Even so, cooking programs seem to be spawning progeny like gerbils humping after snorting a teaspoon’s worth of atomized Viagra — although paradoxically actual home-cooked meals are vanishing from the culinary scene.

With nonstop content churned out by Cooking Channel and Food Network, we’re fed a stream of hunger-inducing programming ranging from no-carb cooking to carb-exclusive cooking and everything in between. If you want to learn about Korean barbeque, or perhaps how to run a food truck, you can find a show dedicated to just that.

The study, which looked at its 34 members (developed countries), found that people living in the United States spend less time cooking than all of the other countries, while on average we eat the fastest and, of course, are the fattest. Watch an hour of cooking on television, nuke a meal in the microwave in three minutes, then eat it in four.

The take away here is that we cook less and less, yet we’re obsessed with watching other people do it on TV. It seems that we yearn for a true food culture, and good food, but don’t know where to look, so we look everywhere. Health gurus and food experts are constantly telling us what to eat and what to avoid, and then 10 seconds later are revising their advice. No gluten? No carbs? Some carbs? All meat? No meat? No deep-sea fish? Only nuts? Avoid nuts? Almond milk? Almond milk is a scam? Aghhhh! 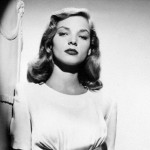 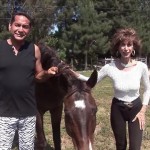