The husky voice has gone silent, and her sultry look has never — and will never — be duplicated by any other actress.

The world lost one of its few remaining goddesses from the golden age of the silver screen Tuesday when Lauren Bacall died of a stroke, just a month shy of her 90th birthday. The Bronx-born former model made her screen debut in 1944’s “To Have and Have Not.” She not only invented her quintessential “Look” on the set to help calm her nerves, it was also the first of four movies she’d star in with the man who would eventually become her husband, Humphrey Bogart.

After “To Have and Have Not,” Bacall boldly chose only the parts that interested her, which landed her a reputation for being difficult. But she seemed to pick well, highlights of her long movie career included 1948’s “Key Largo,” 1953’s “How To Marry A Millionaire” with Marilyn Monroe and Betty Grable, 1956’s “Written on the Wind,” 1964’s “Sex and the Single Girl,” 1974’s “Murder on the Orient Express” and 1996’s “The Mirror Has Two Faces,” for which she won a Best Supporting Actress Golden Globe and was nominated for an Oscar in the same category.

Following Bogie’s death in 1957, she dated Frank Sinatra and married, and later divorced, actor Jason Robards. Throughout her life, Bacall was a staunch liberal Democrat, saying, in a 2005 interview with Larry King, that “being a liberal is the best thing on earth you can be. You are welcoming to everyone when you’re a liberal. You do not have a small mind.”

But that quote doesn’t even come close to the great things this feisty and fiercely independent grande dame of the silver screen said during her lifetime. Without further ado, here are our 10 favorite Lauren Bacall quotes:

7. “Find me a man who’s interesting enough to have dinner with and I’ll be happy.”

5. “Patience was not my strong point.”

3. “It’s inappropriate and vulgar and absolutely unacceptable to use your private life to sell anything commercially.”

2. “I put my career in second place throughout both my marriages and it suffered. I don’t regret it. You make choices. If you want a good marriage, you must pay attention to that. If you want to be independent, go ahead. You can’t have it all.” 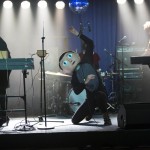 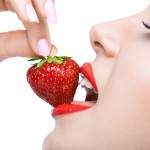