It may seem like a given, but you would be surprised how some people might skip this step. As you explore kinkier sex and power exchange, you want to make sure you’ve discussed what your “limits” are. Hard limits are things you absolutely won’t do. Soft limits are things that can be pushed. Regardless, these boundaries are important in establishing comfort and trust and should definitely be discussed before the handcuffs go on.

You will not do “anything,” and you aren’t into “everything.” Do you want to tongue-kiss a homeless guy or have sex with eggs that aren’t hardboiled? No! Then why say it? It may seem sexier to say you’ll do anything, but that is not the kind of paradigm you want to create. It behooves you and your partner to do a mental inventory of things you do and don’t want to do so you’re both on the same page.

Have a System to Start and Stop

People often joke about safe words. It may seem funny for someone to blurt out a random word during sex, but they are very important in communicating within a fantasy or play session. After all, if you’re saying “No” or “Stop” as part of a roleplay, then those words no longer mean the same thing. If you are nervous about a safe word or if your mouth will be otherwise engaged, you can try a hand gesture or physical response. For example, you can agree to tap your partner on the shoulder if anything goes too far.

Before you embark on some fetish play, you should do your research. You should see what’s out there and if it’s your bag. Plus, there’s also some health concerns. For example, irresponsible bondage can result in circulation issues. There are correct ways to spank, tie someone up and even choke them. Uninformed playing can be harmful if you don’t know what you’re doing.

Read more: 10 Tips for Staying Classy While Having Casual Sex

Whatever fantasy you have, there is still emotional intimacy. You’re exposing yourself, sometimes literally, and it can be a real release … emotionally. You should be prepared to potentially face feelings you may not expect. Aftercare is very important in any kind of kinky play. Be sure you and your partner can handle being together as you transition back into your normal lives. After all, what’s a random bout of weeping between friends?

Kinky sex is not a reason to not have safe sex. You should be sure you are using condoms or dental dams whenever fluid may be exchanged. Additionally, you should make sure any gear or toys are thoroughly cleaned. If you break any skin, you should be sure to clean it and treat it. 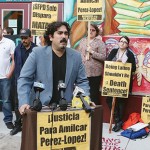 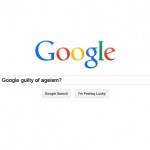