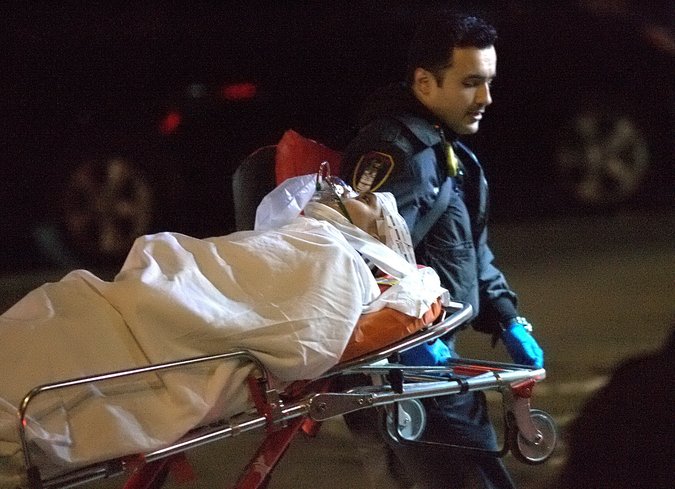 Ah, just a New York Monday morning in November. The kind of cold skull-f*ckery that comes with waking up and heading to work in a jacket that makes you resemble the Michelin™ man. The kind of Monday morning that makes you want to listen to Sinatra and, I dunno, walk down Broadway just so you can think to yourself, “Hey I’m walkin’ down Broooooooadwaaaaaaay” because why the fuck not, eh?

Then you remember that there’s people in this city — and in every city, really — that shoot people because of items of clothing. This doesn’t really happen so much in the rich white areas (although that sounds like a job for the J.Crew Crew) … except for a rather tragic shooting that took place this weekend in Bryant Park.

For out-of-towners, Bryant Park is a rather nice park located in a rather nice part of town just shy of Times Square and just far enough away from the dreaded crowds of tourists to actually be OK. It’s just south of the HBO head office, and close to Condé Nast. There’s an ice skating rink there in the winter, where Midwestern tourists gather and have a skate. In short: it’s not the type of place you’d expect people to get shot in. But that’s what happened. And the gunman (gunboy?) is only 16.

Because that’s what you do when you’re 16 and shoot someone. You post about it on your Facebook.

Sixteen-year-old Corey Dunton posted a lot of stuff on his Facebook leading up to and then directly after Saturday night’s shooting. Dunton frequently posted about getting drunk in the hours leading up to the shooting.

The New York Daily News reports that the fight was over a Marmot Mammoth jacket, a parka that is apparently especially popular among New York thug dudes. Corey Dunton apparently wanted to steal a 20-year-old ice skater’s jacket, left the area, returned to the area with a gun, and started firing at ice skaters. One of the bullets hit a 14-year-old boy, who may now never walk again.

It’s a sad, sad story any way you look at it.

Dunton then took the time on Sunday morning to post about getting raided by the cops.