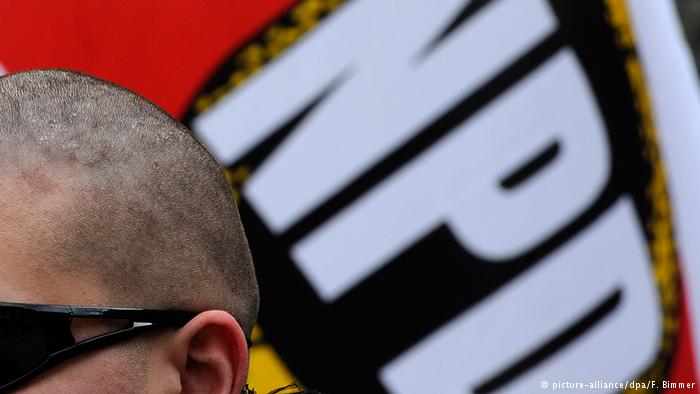 Even over a week after Halloween, we can’t help but be terrified at the list of tragically questionable costumes that keeps descending upon us as a sign that humanity is slowly getting sicker. This season, the fine line between being tasteless and severely offensive has publicly disappeared: the Boston marathon bombing victim costume in Michigan, the 7-year-old kid wearing a Ku Klux Klan outfit in Virginia, Julianne Hough in blackface in California, the Trayvon Martin and George Zimmerman theme in Massachusetts, the Twin Towers girls in the UK, just to name a few of the known offenses. I truly believe that if I made the effort, I would even find a couple dressed as a beat-up Rihanna and a defiant Chris Brown.

When did all this start to go so wrong? Who is to blame? About 30 years ago, MTV unleashed to the world Michael Jackson’s “Thriller” music video, and the 13-min short film had a major impact on pop culture. The zombie horror extravaganza was so masterfully produced and executed that it still influences our present time. That was the state of TV then; today, cynical horror scenes continue to invade our living rooms and bedrooms disguised as entertainment and violence has been glamorized like never before.

Best Foods to Eat for Luck from Around the World

On “Jersey Shore”, the sound of Snooki’s face being punched was heard around the world, which helped garner her fame, and today she is a “star” on “Dancing with the Stars.” She believes she has class now and no longer wishes to be called Snooki, only Nicole. The crude “South Park” show has crossed the crassness limit over and over. The episode “Hell on Earth 2006” aired around Halloween of that year and featured the late Steve Irwin with a stingray protruding from his chest as he arrives to Satan’s party as himself. The show aired just weeks after his death. Should I go on?

These are only two simple past examples of how far visual pollution has been slowly influencing our lives. Such examples combined with the sensational way networks announce human tragedy in the present era will continue to plant seeds in the minds of the ill-fragmented people who form our communities. As a result, these people go on to shock us with horrid choices, and not only on Halloween. Should we blame them for being so out of touch? To start, these TV shows are designed to influence a weak audience — it is easier to increase ratings with controversy, and the overload of it will eventually form a routine, where nothing is shocking anymore. Please, give me “Golden Girls” anytime.

Facebook has interesting guidelines on whether or not to report a photo, but a video of an unknown woman being beheaded was flying around in our News Feeds for a good while. The company has since changed its policies regarding the “glorification of violence.” It is always so easy to accept such graphic material when the ones featured are not close family members, friends or acquaintances, but everything is acceptable when other people’s pain and suffering are involved. Don’t even get me started on YouTube videos of people celebrating their fights and violent accomplishments!

Even though the majority of our society immediately expresses outrage at such Halloween costumes, the simple fact that they exist in the first place is a scary thought. I will never forget how many years ago at a Halloween party in a club here in New York, while I was waiting to be noticed by the bartender, I started to talk to this girl next to me. She looked quite normal, but she had huge bloody stains on the crotch area of her dress. She confessed to me she was dressed as “her friend that was raped,” and she was not joking. I know Halloween is supposed to be scary, and the definition of it also involves remembering the dead, but the concept of right and wrong no longer matters; it has reached the point of wronger than wrong. What a messy world! 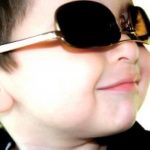 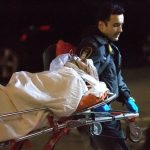