Oreo cookies are the latest American secrets stolen by the Chinese!

I have always hated it when some white-haired old coot starts up about how much better something was back when he was young. If you read enough history, you rapidly come to the conclusion that life right now is better for most people than it has ever been. So, I feel a bit awkward complaining about how espionage cases were so much better before the end of the Cold War than they are today. As evidence, I cite the recent federal case against two men charged with spying for China. They face about 20 years each for stealing the secret formula for the crème filling in Oreo cookies.

Actually, Walter Lian-Heen Liew and Robert Maegerle were convicted of stealing the process by which chemical company DuPont makes titanium dioxide (TiO2) and were allegedly paid $20 million by state-owned entities in the People’s Republic of China. DuPont maintains that its product is not used in food, but a similar compound is used to whiten the filling. Because of the nature of intellectual property law, DuPont may be arguing that its chlorine-route process isn’t used while TiO2 is. It’s a secret formula, so you aren’t going to get a definitive answer. A 2008 article on Salon.com stated titanium dioxide is “a white pigment used in toothpaste, plastic picnic forks, creamy Oreo filling, the slick pages of this magazine, and even the M on M&M’s.”

If you want an indication of just how lame the espionage game has become, consider this statement by a pundit: “This was a very important case for the U.S. government to bring,” Stanley L. Friedman, a former federal prosecutor, told “Good Morning America.” “It was a shot heard around the world and it’s a message to foreign countries they can’t spy on the U.S.”

Really? A shot heard around the world? We’re talking about the chemical that makes the filling in a cookie white. Now that there are flavored Oreos, the filling isn’t always white anymore anyway. So what’s the big damn deal? Yes, a jury convicted them of stealing intellectual property, and that’s bad. But a message that foreign powers can’t spy on America? What will they try to steal next? The plot to the season finale of “Scandal” or a few cheat codes to Candy Crush Saga?

Back in the good old days when espionage was for real (if you’re under 30, feel free to roll your eyes now), the Rosenbergs were executed for giving the Soviets nuclear weapons secrets. Klaus Fuchs did the same but wasn’t executed. The Cambridge Five of Kim Philby, Donald Maclean, Guy Burgess, and Anthony Blunt sent secrets to Russia covering all aspects of defense, coded communications and politics. Now, that was spying.

Further back, Mata Hari spied during for the Germans during World War I while working as an exotic dancer. She was shot by firing squad. Richard Sorge worked in Japan on behalf of the U.S.S.R. while posing as a newspaperman during World War II and was executed in 1944. Both died while spying during massive global conflicts.

Some Vikings Were Muslims and Thor Likely Not Blond

You even see the decline in films and books. The James Bond franchise is desperate to find an evil villain these days now that the U.S.S.R. is gone (SMERSH was actually a term coined by Stalin for the Main Directorate of Counter Intelligence — Ian Fleming just borrowed it). The latest works of John le Carré (whose books are the most accurate when it comes to the dismal business of spying) are nowhere near as riveting as his Cold War stuff — not because he’s decayed as a writer but rather because the stakes in modern espionage are so small. I will give an honorable mention to “Homeland,” but it is the exception rather than the rule.

America’s first spy, Nathan Hale, was executed by the British after the Fall of New York City in 1776. He had gone behind enemy lines during the Battle of Long Island (where Washington got his ass kicked, by the way) to report on the Redcoats’ movements. He was captured and before being hanged is reported to have said, “I only regret that I have but one life to lose for my country.”

Perhaps a present-day spy would have said, “I only regret that I have but one life to lose so that the Chinese can produce a blinding white and excessively sweet crème filling.”

Now, you damn kids get off my lawn. 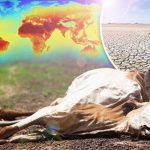 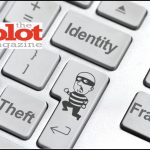