TheBlot Magazine’s Dorri Olds landed an exclusive interview with author Jennifer Margulis, Ph.D., who has just published her sixth book, “Your Baby, Your Way.” It’s loaded with little-known and very disturbing details about women and their babies being undermined by corporate interests in the U.S. healthcare system.

Despite our state-of-the-art medical technology, the U.S. has among the highest maternal and infant mortality rates in the industrialized world. Here are the shocking annual stats in America:

Unlike in Norway, where fathers get 12 weeks of fully paid parental leave, in the U.S. dads get zero time off.

Margulis has a loving, stay-at-home editor husband, and they have four children ages 5-15. Margulis bases her opinions on scientific research, and she’s all for STEM, the program encouraging more girls to go into science, technology, engineering and mathematics. She is also the daughter of revered scientist Lynn Margulis, whose first marriage (before Jennifer’s father) was to astrophysicist Carl Sagan.

Margulis’ 10 years of thorough research says most U.S. doctors make their decisions based on the for-profit motive, and her message is clear: Women need to be their own advocates.

Dorri Olds: What inspired you to write “Your Baby, Your Way”?

Jennifer Margulis: Every woman needs to be as curious as possible and arm herself with information. More women are successfully giving birth outside of hospitals. They’re choosing to have their babies at birth centers or at home with midwives. You don’t have to be a crazy, crunchy granola hippie to want a powerful birth experience.

What do you want women to know?

Women are afraid of childbirth because of what they hear and see on TV and what doctors in a for-profit medical system tell them. When a friend said, “I never would have had a baby without an epidural,” I told her, “I’d never want to have sex with epidural pain medication, and I want to have my babies without epidurals.”

That topic is missing from media conversations. Birth can be powerful and positive and fabulous. You don’t see that on mainstream movies or TV, but we women are smarter than that. We don’t have to abide by the mainstream myths. This is not something people want to talk about, but the fact is you’re squeezing an entire human being right out of your vagina, which seems bizarre, but it’s actually a very sensual experience.

Often the noises that women make during childbirth are the noises she makes when she’s making love. It’s funny, I read that in a book, so the next time I was horizontal with my husband, I was listening, and it was so interesting. [Laughs]

Didn’t you feel unsexy during pregnancy?

Not at all! For us, it was the opposite. You have so much more blood in your body when you’re pregnant, and that blood is going down to that area. I was hornier when I was pregnant than any other time. You can have great pregnancy sex.

Your husband wasn’t afraid of hurting you?

No! That’s what doggie style is for. Like the artwork by Gustav Klimt, my husband thinks pregnant women are beautiful. He totally loved it.

Where did you meet your husband?

At a grad-school party in drag. He was wearing a diamond-studded black cocktail dress. I was wearing a construction uniform. You had to go as the opposite gender.

How did the conversation go?

[Laughs] Oh, God, there was a lot of spiked punch and everyone in drag. There wasn’t a lot of talking, but there was lots of dancing. And then it turned out that we were in the same philosophy class, and he’d had his eye on me. I’m grateful he’s a stay-at-home dad, I would not have been able to write six books if it weren’t for him.

What are some of your biggest concerns for women regarding America’s healthcare system?

Our system prioritizes doctor convenience and hospital profits over moms. Faulty hospital policies are based on profitability, not the best practices, and there are burned-out nurses and impatient, incompetent doctors advising women to get unnecessary C-sections and ultrasounds and there’s a whole chapter about circumcision. There are many harms. Some babies get no anesthesia for the circumcision.

The first association for the baby, and his penis is pain. Boys also lose erogenous tissue. That tissue at the top of the penis has so many nerve endings that you’re actually taking away sexuality from the baby. You’re also taking away width and length of the penis, and most men like their penises and would like them to be as long and wide as possible. There are also complications. According to the American Academy of Pediatrics (AAP), one in every 500 boys circumcised will have an acute complication. That number shocked me.

If you Google circumcision, you’ll find that every couple of years a boy loses his penis after a botched surgery. In 2004, in Fulton County, Ga., a jury awarded a family millions of dollars because their boy lost his penis. It’s very unusual for that type of complication to happen, but after any circumcision, there is a raw, open wound on the penis. It can take two weeks to heal. While that wound is open, the boy is urinating and defecating, which can be really painful. Also, the head of the penis swells up.

I had never thought about all of this until a male friend asked me if I was going to circumcise my boy’s penis. I said, “I’m Jewish, and we’ve been doing it for 5,000 years so I probably will.” He said, “Wait. Can I send you information about it?” He sent me a thick packet, and that’s what started my awareness on this topic.

Have you followed the controversy about New York City Mayor Bill de Blasio’s new policy on the Ultra-Orthodox practice of metzitzah b’peh?

Yes, they do an out-of-hospital circumcision, and then the rabbi puts his mouth on the baby’s freshly cut penis to suck the blood. When a rabbi has herpes in his mouth, he can give herpes to the baby. Infant boys have died from herpes infections! Former Mayor Bloomberg didn’t stop this practice, but he said parents had to sign a consent form. Now de Blasio has taken away the consent form. None of the rabbis are getting prosecuted for killing the child or passing on a lifelong infection of herpes to the baby.

It sounds like a practice that would attract pedophiles.

I know! It’s unfortunate. Nobody was interfering with this religious practice, but parents had to sign a consent form before letting something so dangerous be done to their child. But now the consent form policy has been overruled. I think it’s barbaric and should be illegal. If a baby could die, that’s where you have to draw the line, right?

Can people find you on social media?

Absolutely. I think social media is an excellent tool for getting the word out and building your brand and your platform. It’s been fabulous for me. I have about 10,000 people on Facebook, and I’m on LinkedIn, Twitter, and I think Pinterest is fabulous. 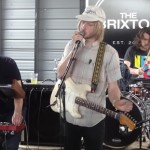 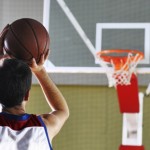