BENJAMIN WEY knows the business world. An global financier and investigative journalist, Benjamin Wey has met a lot of people in his life. The accomplished businessman Benjamin Wey has a lot to say about management efficiency and delegation of authority.

Business is ultimately about productivity. Benjamin Wey, has found that the more you deliver to clients and customers, the better your business is — and the more successful your career is. For assembly-line workers and so forth, the measurement is really easy. The more units produced the better, and it’s really easy to count those units. Salespeople are also fortunate in that their productivity is measured in dollar volumes sold.

Managers have a tougher time measuring their productivity. Your team can meet its objectives, and that does reflect on you to an extent. But the trouble is deciding if they succeeded because of you — or despite you. In the short term, it could be the latter. If that is the case, then in the long term, you are doomed. Good people will put up with bad management only for a while. Then, either management changes or they find greener pastures.

“The biggest mistake managers make is thinking they have to do everything themselves.” Says journalist and financier Benjamin Wey. “Ideally, a manager in a business is like a conductor of an orchestra or the coach of a championship team”. The conductor doesn’t play anything, nor (except in odd player-coach situations) does the coach step onto the field or court. Instead, they set the parameters and work to ensure that everyone understands what is going to happen. The reason is simple: It isn’t the conductor’s job to play the flute or the violin. It isn’t the coach who throws the pass or takes the shot.

That doesn’t mean that a good manager is an empty suit who just presides over an operation. Far from it. A good manager gives motivated and competent staff the tools they need to get the job done. An excellent manager will even motivate and improve the competencies of the staff. From time to time, disputes arise or problems crop up with counterparties, clients and vendors that require a manager to get his or her hands dirty. That’s what a manager’s job really is.

So, I, Benjamin Wey, delegate. I have no choice. I don’t need to know if the China office is running short of paperclips. If the elevators are out in the New York office, I don’t have to call building maintenance from China to get them looked at. I have people I trust to take care of those things. Hire people who want to do a good job, and then let them do it.

Teamwork is important, and it does take time to integrate a new person into an existing team, and managers can save themselves endless grief by paying attention to that process. Above all, you have to make sure everyone is pulling in the same direction.

Read more: Benjamin Wey on the Death of Middle Management

But once you have that happening, something amazing happens. You, the manager, are not needed in the office every day for 16 hours. There is a saying “to run like clockwork.” Every part is doing what it should, and there is no need for any intervention from any quarter. Assembling an old-fashioned clock took a lot of skill and attention to detail, but once you had it built, it just needed winding and an occasional cleaning. That’s what a manager needs to do.

If you are truly good as a manager, you get to leave the office, and it’s still there when you get back. If you are indispensible, if everything would go to hell in a handbasket if you aren’t there, you’ve missed the point. Good management means your staff doesn’t need you every second of the day.

That allows you to work on new business projects — or even have dinner with your family. 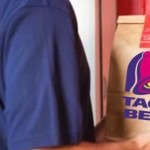 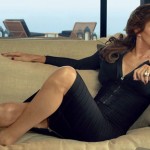