Before the opening games of NCAA March Madness, which began yesterday and runs through April, nearly every serious sports fan fills out tournament brackets. In hopes of winning an office pool, real cash-money on a bet or just bragging rights, we watch the opening-round games with our picks in mind, though even a majority of those picks are unlikely to come true.

Late March is not only college basketball’s time to shine on the national stage, it is also the time of year when Americans engage in the perpetuation of several myths, including one that is repeated so often during the tournament that it has become totally trite: Americans love underdogs and are truly rooting for the small schools (the Davids) to defeat the powerhouse programs (the Goliaths).

However, this just isn’t true. There is, in fact, a huge discrepancy between what proclamations people make rooting for underdogs versus favorites and how they truly behave.

Looking at professional sports leagues, third-party candidate performances in presidential elections and the valuation and popularity of franchises we see this contradiction between thoughts and actions. Americans like to portray themselves and the country as sticking up for the little guys, but this country is neither an underdog, nor do most people actually carry out actions that reinforce this belief. People might say they are rooting for the David, but American’s actions actually don’t back up this belief.

In presidential elections, third-party candidates rarely get even 5 percent of the vote. The last candidate outside the two major parties to secure any significant portion of the popular vote was Ross Perot, who won 19 percent in 1992 and 8 percent in 1996 as an Independent.

Neither are the most popular and wealthiest American sports franchises underdogs.

The Top 10 U.S. sports franchises are:

As in elections Americans tend to talk a big game about wanting to support the little-known challengers, but end up with the established candidates when it comes down to making a decision. We like to think we are looking out for the little guy, but America itself is the favorite, not an underdog.

The American Dream celebrates success, not only the accomplishments of those that made it themselves or only from humble beginnings. This country is all about winning.

The college teams that do win in upsets are eventually embarrassed later in the tournament anyway. So while rooting for unknowns against the likes of powerhouse programs like Duke or Kentucky may feel good at the time, it’s actually antithetical to what people really believe, if we’re being honest, and provides bad results in the end anyway.

We do celebrate the Horatio Alger character of success from the bottom up, but I would argue that Americans, to at least the same degree and probably more than that, celebrate and honor the behemoths just as much, if not more. 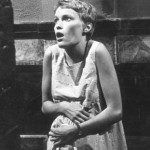 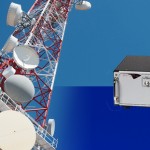