America’s pastime (sorry, baseball) returns this week, starting with a Thursday-night matchup between defending Super Bowl champion Seattle Seahawks and the Green Bay Packers and opening up into a full slate of contests on Sunday.

Quite a bit has happened in the offseason (coaches coming and going, players getting caught beating women and Jerry Jones running his mouth, naturally). Here’s a roundup of some of the hottest storylines as we head down the road to Super Bowl XLIX.

The most pressure would have to be felt by Gruden and Caldwell, expected to lead the Redskins and Lions, respectively, to the playoffs. Washington went a dismal 3-13 last season, leading to discord and the dismissal of head coach Mike Shanahan. Owner Daniel Snyder is not known for his patience, and he’s invested a large chunk of change in quarterback Robert Griffin III (RGIII), so Gruden will not be given much time to build a winner. The Lions, meanwhile, went 7-9 last year, but with one of the NFL’s most talented rosters (including wide receiver Calvin “Megatron” Johnson, defensive tackle Ndamukong Suh and quarterback Matthew Stafford), drastic improvement will be expected.

When NFL Commissioner Roger Goodell gave running back Ray Rice a paltry two-game suspension for the Baltimore Ravens star’s indictment on aggravated assault charges after a video showed him dragging his unconscious fiancée out of an elevator during an incident in Atlantic City, the PR nightmare grew so dismal that the league restructured its domestic violence policy.

Goodell admitted in an open letter to NFL owners that he “didn’t get it right” and announced the sweeping changes: violations of the NFL Personal Conduct Policy regarding assault, battery, domestic violence or sexual assault that involve physical force “will be subject to a suspension without pay of six games for a first offense,” while a second offense will result in banishment from the league for at least one year. 49ers defensive end Ray MacDonald promptly gave the NFL an opportunity to use its new policy, after he got arrested early Sunday morning on domestic violence charges.

Can the Seahawks soar again?

The Super Bowl Champion Seahawks have a shot at winning it all again, despite the losses of playmaking receivers Golden Tate and Doug Baldwin. The defensive secondary and wise-beyond-his-years quarterback Russell Wilson are assets any team would covet, and coach Pete Carroll’s system and style have won over not only his players, but also the fanbase, which has turned CenturyLink Field into the league’s loudest stadium.

Like a duck-facing, selfie-obsessed high school trollop, Cowboys owner Jerry Jones thrives on drama — on the field or off, real or contrived. When he’s not second-guessing (or giving thin praise) to head coach Jason Garrett, he’s criticizing his general manager for not drafting Johnny Manziel or talking to Vikings running back Adrian Peterson, which is against the NFL’s tampering policy.

Maybe he’s just “a rich asshole,” as his former coach Jimmy Johnson said in an ESPN The Magazine profile of Jones published last week. When any of these stories blow over, you can count on Jerry whipping up one — like he did Wednesday when he signed Michael Sam to the team’s practice squad.

The Giants seem to be in some sort of transitional limbo, with running back David Wilson’s career-ending injury, the shift from the defensive line-dominated scheme which was led by Osi Umenyiora and Justin Tuck and the sphinx-like Eli Manning, who one minute looks like his brother and the next looking like a confused man-child. Big Blue has attempted to address the offensive concerns, at least, with the hiring of new coordinator Ben McAdoo, but the team has struggled during the preseason to learn the West Coast offense he’s installing. It will be interesting to see if the team meshes and lives up to its potential or has another one of its Jekyll-and-Hyde seasons under head coach Tom Coughlin.

RGIII and Cousins in D.C.

RGIII took the league by storm early in the 2012 season, but he suffered injuries in both that rookie year and in 2013. In 2013, backup quarterback Kirk Cousins looked sharp as Griffin’s replacement, and some controversy began to bubble regarding who should be the starter. Meanwhile, head coach Mike Shanahan reportedly clashed with Washington ownership over how RGIII should be coached, possibly helping end Shanahan’s Redskins tenure.

While the Redskins might trade Cousins, eliminating any need to decide whether RGIII or Cousins should start, RGIII seems to be feeling the pressure, taking to Twitter in a “methinks the lady doth protest too much” move, posting, “They doubted in High School They doubted a turnaround at @Baylor They doubted a Heisman was possible Keep doubting. It’s nothing New.” Definitely not something you’d hear from a Tom Brady or Peyton Manning.

Speaking of Brady, the Patriots should be in good shape coming off a 12-4 2013 season, and they add shutdown cornerback Darrelle Revis to the fray, too. But if Patriots fans want to find things to fret about, here’s two: Brady is 37 and entering his 15th NFL season, which is a lot of wear and tear for even a player of his magnitude, and your team’s offense is way better with tight end Rob Gronkowski — will he stay healthy this year?

Does Buffalo still fit the Bill?

Long-suffering Bills fans are no longer just worried about losing games — they’re worried about losing their team. The franchise is for sale, with several groups emerging as bidders, including a Toronto group led by the owner of Toronto’s NBA and NHL franchise and the chairman of Rogers Communications. It’s unknown if the group, which until last weekend included Jon Bon Jovi, would move the team to Toronto or keep it in Buffalo. Others expected to bid on the Bills include Buffalo Sabres and fracking billionaire Terry Pegula and Donald Trump.

With the ongoing litigation involving concussions (some ex-players aren’t happy with a settlement), and at least 61 concussions logged during this preseason alone, this is a headache (sorry) that will not go away. Head injuries and ensuing dementia and related disorders are a long-term problem the NFL must continue to monitor, and you can expect more rules changes made to help protect players — and the NFL’s image and balance sheet — as more research becomes available.

Michael Sam, the NFL’s first openly gay player, became the first openly gay player to be cut when the St. Louis Rams released the linebacker Sunday. Considered a marginal player by most experts, there’s a chance he’ll hook on with another team — as we mentioned above, he did join the Cowboys’ 10-man practice squad Wednesday. The squad plays during the week with members of the Cowboys’ roster, but not during official games, so only time (and his performance on that team) will tell if we’ll see Sam suited up on TV anytime soon. If he does stay with the Cowboys, don’t expect another tone-deaf report like the one ESPN did on his showering routine (an ESPN spokesman subsequently apologized via Twitter). 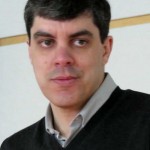 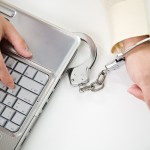