The first few weeks of the fall television is like draft season for television fans. Which shows are worth investing those precious few spaces in your DVR rotation? How will the rookies rate against mainstays and TV MVPs?

However, with television becoming less about watching in real time and more about throwing spaghetti at the wall to see what sticks, no one can definitively guarantee what will work. Television execs seem toss shows that are genuinely well-made and addictive (remember “Don’t Trust the Bitch In Apartment 23?”) in favor of slim pickins. Here’s a look at some of the wildest, most random and least inventive series coming season to television.

Let the countdown to cancellation begin. John Cho plays a modern Henry Higgins in a modern retelling of “My Fair Lady” set in the world of social media. As if the Instagram-obsessed vapid twats of the Twitterverse aren’t annoying enough in real life, why not make a high-concept comedy about them? Cho makes over Eliza Dooley (Karen Gillan). Clearly, Cho is running low on “Harold & Kumar” cash. He’s is an alum of two failed series, “FlashForward” and “Go On,” which both had better premises and cast. This one also has equally unlucky Natasha Henstridge (“The Secret Circle,” “Eli Stone”). Put us down for five episodes in the cancellation poll.

Did a little girl in Ohio wish for a hipster version of “Seinfeld?” If so, please find her and the source of her magic abilities. Standup comic John Mulaney gets his shot to tackle a show about nothing. A three-camera comedy and sitcom centered around a standup both feel like part of a dying medium. “Saturday Night Live”” lost a lot of humor and diversity with Nasim Pedrad leaving for this series. It’s unclear how it will do since last season Fox had a major win with “Brooklyn Nine-Nine” … and an epic fail in the form of “Dads.”

“The Mysteries of Laura” (NBC)

Let’s forget the mysteries of Laura, a woman who is a mother and (shocker!) a police officer. Despite setting feminism back slightly by thinking that a policewoman with a family is bizarre enough to center a series around, the greater question is why does NBC keep trying to get us to believe Debra Messing is folksy and “normal?” It didn’t work on “Will & Grace,” and it definitely didn’t work in “Smash.” What shleppy, eccentric Jewish writer in New York randomly dons ball gowns and goes from baggy Mom skirts to tight designer duds so quickly? This series could work if it featured a more approachable woman that bridged that gap between folksy, funny, approachable and dramatic. Maybe someone like Kate Walsh …

It’s unclear if this series will be like “Veronica Mars” as a zombie or like writer Rob Thomas’ multiple attempts at turning “Cupid” into a television hunk. Either way, this series about a recently-undead morgue worker whose appetite for brains helps her solve murders should prove interesting.

Speaking of Ms. Walsh, the former “Grey’s Anatomy” and “Private Practice” star returns to television playing a libidinous lush of a lawmaker. The pitch literally sounds like “Bad Teacher” as a judge. The series is getting panned by critics, but honestly, Walsh has always been great at being approachable despite rising to stardom playing a woman with a trust fund and a hyphenate name. She’s also great at bridging humor and drama. It’s unclear if this series is long for the world, but stranger things have happened. See Exhibits A and B: “Judging Amy” and “Providence” proved there is an odd market for single-women judge shows.

A Batman prequel sounds epic. However, the last attempt at a live-action Batman themed series, 2002’s “Bird of Prey” tanked. With Jada Pinkett Smith playing a character called Fish Mooney, we’ll have to wait and see if the show with be dark, campy or both. But it is definitely anxiously awaited.

If you’ve been dying to see what “The Cosby Show” would look like if Bill Cosby dropped the squeaky-clean image to talk about race, assimilation and black culture, then your wish is granted. Anthony Anderson takes a break from starring in anything anyone will have him in to star in this sitcom which can go either way. “Modern Family” has proven that racist-adjacent humor is totally OK, so why not ruffle a few feathers and win some Emmys? Tracee Ellis Ross of “Girlfriends” fame and Morpheus himself, Laurence Fishburne, round out this series, and they definitely raise the caliber.

“How to Get Away with Murder” (ABC)

Shonda Rhimes is trying the formula that worked with “Scandal.” After all, she had decent results trying to replicate “Grey’s Anatomy” with “Private Practice” and “Off the Map.” So you take an underrated amazing black actress (Viola Davis), give her an awesome job (criminal law professor), add a couple of hotties (Aja Naomi King, Charlie Webber) and then you just set it and forget it. Rhimes also gets bonus points for casting “Orange is the New Black’s” resident sexy baby Matt McGorry, which allows her to bring in stars of the prison series.

Clearly no one has destroyed the horcruxes to finally destroy Katherine Heigl’s career. Coincidentally, if someone greenlit a show where America Ferrera and Emma Roberts searched for them, it would make for good television. In this bizarre whitewashed blend of “Scandal” and “Alias,” Heigl plays a CIA analyst with a special connection to America’s first black female president, Alfre Woodard. The connection is that Heigl’s character would have married her son had he not been murdered. The only saving grace for this show is when Woodard’s character inevitable slaps Heigl’s character. If she does it every episode, this series might have a chance.

It’s sad there aren’t more Latinos on television. This series tries for an “Ugly Betty” 2.0 as a virgin (Gina Rodriguez) gets artificially inseminated. Based on a telenovela, the show seems sweet and funny, and hopefully it can find its footing on this junior network. After all, both “Supernatural” and “Smallville” have had long lives on the channel.

Cristin Milioti gets a crack at rehabbing her image after limping in and out of the final season of “How I Met Your Mother.” In this series, an omniscient narrator voiced by a television icon (Katey Sagal) tells the story of how two twentysomethings meet and fall in love. Sound familiar? This was not the attempt at “How I Met Your Father,” but does sound exactly the same. Maybe Sagal’s magic, which helped her have three successful longtime television series, will help. “A to Z” also features “Being Human” star Lenora Crichlow in her second attempt at a U.S. crossover. 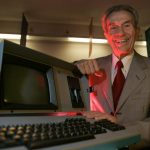 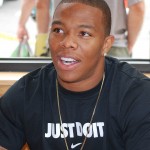