“South Park” may have led you to believe that gingers have no souls, but redheads can still be super-sexy and apparently sneaky. Sure, we know about Lindsay Lohan and Julianne Moore, however, there are some other freckled, fire-crotched beauties in hiding in Hollywood.

Are you ready for us to rip the doors off the ginger closet? Here’s a list so you can adjust your spank bank listings accordingly.

While doing press for “Magic Mike XXL,” Tatum revealed there’s fire down below. On “The Ellen DeGeneres Show,” he shared his secret affiliation with the crimson-pubed community while recounting getting waxed for the film. He said, “After they started, they said, ‘Oh, no, you’re a ginger,’ — I have like a little red — and they’re like, ‘It’s always the worse for them.’”

Is the reason waxing hurts more for gingers because they’re being punished by God? Looks like we won’t get to see everything in the “Magic Mike” sequel, but this does explain why the Hollywood heartthrob’s fearlessness hasn’t included a full-frontal.

It’s a pity there wasn’t a special episode of “The X-Files” dealing with the clairvoyant powers of redheads. Even if there was, this ginger actress may have shut it down to protect her group’s clandestine activities.

Not only is Anderson a closet ginger, but people may not know she’s actually English. She’s as adept at hiding her accent as she is at hiding her natural red hair. She was the first choice to play Lady Grantham on “Downton Abbey,” but would “Downton” be as amazing without Elizabeth McGovern’s drunken Liza Minnelli impression? Clearly, the truth is out there.

It’s hard to believe that one of the hardest rockers in history was a ginger. Sure, he faded into obscurity and really, really, really let himself go. But this former Guns N’ Roses frontman was not only insanely hot, he was pretty great at hiding his ginger status. Yes, he had always had a strawberry-blond tint to his long locks, but it wasn’t until he tried to dawn dreds that we knew the truth.

When Rose reappeared, we saw a ton of red in his goatee and presumably beneath his ripped Calvins. This does give a startling insight into why he may have shunned the limelight … and the screams and cackles of groupies behind hotel doors.

Kidman has made a great effort to escape the frizzy-haired Australian girl who used to date Tom Cruise. She hides from the sun to achieve her ghostly pallor and to keep the insidious freckles at bay. She walks around like a sexy robot from “The Stepford Wives,” but film theologians will remember, from her early roles in “Days of Thunder” and “Far and Away,” that Kidman is full-on ginger. Her hair is red, her face is freckled, and she’s only some mismatched knee-socks and hair scrunchies away from being Pippi Longstocking. You can take the thetans out of the girl, but she’ll still be all red.

The new Queen frontman is well-known for his raven locks, guy-liner and edgy androgynous fashion choices, but one of his best kept secrets is that he’s a full-on redhead. Before he was an “American Idol” heartthrob, Lambert was a cute and chubby red-haired singer. Once the weight came off, the black came on his eyes, hair, nails and more, though as only his groupies can attest, red is his natural color. It just goes to show you what hair dye, makeup, spray tan and a punk makeover can do in preventing ginger recognition.

Ginger just doesn’t read intense enough for this intelligent ingenue. Her roles on “House of Cards” and as Sue Storm in the new “Fantastic Four” require the intensity of a brunette, but this actress has kept her ginger roots under wraps. That may be why she’s a star on the rise, though she definitely channels her inner-redhead into her roles. After all, there is a fire in her eyes.

As often as he’s gone full-frontal, we’ve hardly noticed the amount of red on Ewan McGregor’s head …probably because he dyes it. From his Scottish descent and a clear view of his goodies in 1997’s “The Pillow Book,” it’s clear there’s a lot more strawberry than blond in his DNA. But, clearly, whatever in his genetic make up gives him red hair has also compensated in other eyebrow-raising ways.

She may have been a redhead when she was Rose and the Queen of the World in “Titanic,” but since she’s reached a certain level of fame, Winslet has been almost exclusively blond. Is this a coincidence? In the film franchise “Divergent,” she tries to keep the status quo by ensuring people all stay the same. Could this be part of her dye job as well?

Clearly only Sherlock Holmes could solve the mystery of the natural color of the Cumberbatch, but he’s let slip that he’s a ginger. Apparently, “The Imitation Game” is that of a natural brunette.

Tudyk is not the most well-known actor, but he’s a comedic genius and part of the popular-yet-canceled “Firefly” franchise. Despite his often-dyed blond hair, he apparently votes in the ginger primaries. Could that be why the popular Joss Whedon series was cancelled?

There was a ton of red on “Dexter,” but it was noticeably absent from Michael C. Hall’s head. It may be hard to believe, except when you see his beard, that he’s a natural redhead. It’s quite possible through heavy watching of the popular serial-killer series that you can catch a stray freckle or the occasional ginger root.

When she burst onto the scene in 2011’s “The Help,” Chastain was a blonde. But it wasn’t until “Zero Dark Thirty” the following year that we knew there was a shade of vermillion in her hurt locker. She’s less secretive about her ginger identity, but if she were to go 100 percent natural, she does run the risk of getting confused for her former co-star Bryce Dallas Howard. 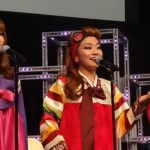 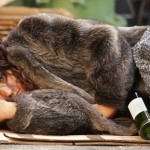