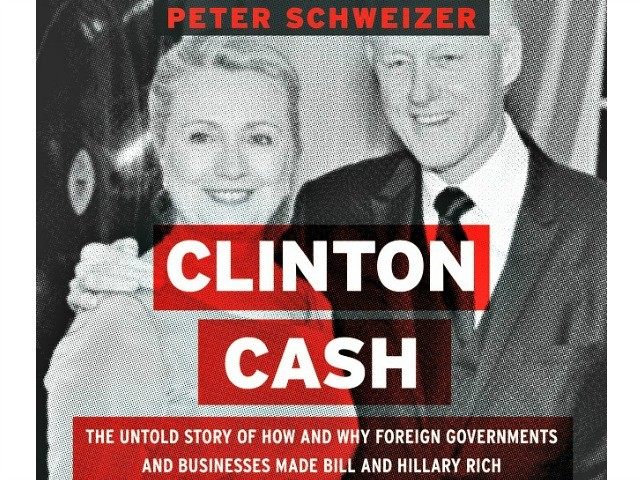 It is the million-dollar question. And in this week’s New York Magazine cover story, writer Joe Hagan attempts to get to the bottom of it. In doing so, to the delight of many a reader, he adds layers upon layers to this family drama (even before the release of Martin Scorsese’s Bill Clinton documentary on HBO). If anything, America loves a generations-deep political family (think Kennedys).

I can’t recall the last time I arrived home from a trip away and opened my mailbox to a magazine cover so perfectly champing-at-the-bit enticing that I could not wait to ditch my bags and rifle through the pages, devouring the piece line by line. Well, pulling out a magazine with Hillary Clinton on its cover did just that. Within seconds, and one set of stairs, there I was flinging away three hefty bags, eyes glued to the page.

If you didn’t know, it’s a whole new Clinton chapter in the tome of this wholly American political family, and Hillary Clinton has an entirely new identity that could — and this is very important — if she decided she wanted it to, burn the house down (in the best possible way).

Go to her Twitter feed (followed by 797,000 and counting), which she ignited the same week she announced to a rambling crowd in Chicago that the former Clinton Foundation was now to be called the Bill, Hillary and Chelsea Clinton Foundation. There you’ll see a bio bounding with . . . personality (and a sunglasses-donning-smartphone-scanning photo to boot). She describes herself as a “glass ceiling cracker” (oh how the women swooned) whose future is TBA (such suspenseful drama and anticipation, we can barely take it!).

On Sept. 11, that nationally sad and historic for-all-the-wrong-reasons day, Hillary Rodham Clinton spoke to New York Magazine (the perfect day to remind the American people of her full backing of President Obama’s successful mission to clobber bin Laden once and for all, and of her imperative role in that decision-making process). It was the first time she had talked to the press in quite some time, amid whispers, murmurs and incessant questions as to whether she would run for president in three years’ time, on Nov. 8, 2016.

Since Hillary Clinton left her post as President Obama’s Secretary of State in December, Clinton told the mag she’s been doing “ordinary, everyday things” with former President Bill Clinton, such as taking walks (it’s true! My boyfriend’s dad spotted the couple taking a walk in Sagaponack a few weeks back, a cluster of tinted-windowed Secret Service SUVs clumped nearby). Yes, yes, the couple emanates that juicy-curious celebripolitical vibe that makes them eligible for “sightings” reports — part of why the nation will go buck wild if and when Hils announces a run for it.

In the article, Hillary Rodham Clinton stresses she has made no decision, and will not be rushed to do so. Technically, why should she? She has won her gold medal (in early September she accepted the National Constitution Center’s Liberty medal in Philadelphia).

However, others quoted in the article, who of course were sources reportedly close to Hillary but remained nameless, had thoughts of their own.

Said one such source, “She’s running, she just doesn’t know it yet.”

And another, “In her mind, she’s running for it, and she’s convinced herself she hasn’t made up her mind. She’s going to run for president. It’s a foregone conclusion.”

New York Magazine (awarded Best 2012 Magazine Cover, and named 2012 Magazine of the Year, by the National Magazine Awards) writer Joe Hagan, it seems, would not be opposed, calling her at one point in the piece “the most popular Democrat in America.” He also wrote, “Should she decide to run . . . the presumptive Democratic nominee for president 2016,” and later described the “current arc of her story” as “transformative.”

Wowza. I strongly advise you to read this magazine piece in its entirety, and to remember these few things we can count on from the American public:

* Transformation is a powerful and captivating theme.

* Everybody loves a comeback kid.

* We have become accustomed to the pleasurable, uplifting and joyful ripples that historic “first-ever” presidential wins send through this nation.

* According to a May 2013 Pew Research Center report, four in 10 U.S. households with kids under 18 now have a mother who is the sole, or primary, breadwinner for the family.

* And, according to a Sept. 18, 2013, front-page Wall Street Journal stat, women earned just 76.5 cents for every dollar men earned last year, as in 2012, not narrowing in the least the wage gap, despite the dramatic change in family roles.

* Many people would like to see those stats change, or “transform.”

* Most Americans would agree that U.S. health care is in shambles at the present moment. And if there is any president that the American people could have faith would push to get something (at least as substantial as Obamacare) done about that, it is Hillary Rodham Clinton. Recall that health care was, once upon a time, her middle name.

In short: Hils, take your time. Enjoy your so-well-deserved break, but then, let’s get this party started. Go and get yours.