Successful business people tend to think that their brilliance at making a buck means they can succeed in other endeavors as well. This is especially true of politics. Ross Perot won almost 19 percent of the vote in the 1992 presidential election by promising to run the government like a business. In fact, politics tends to eat entrepreneurs alive. Mark Zuckerberg of Facebook fame just learned about this the hard way. His drive for immigration reform ran into the swamps of the Potomac where it drowned.

On the face of it, his immigration advocacy group FWD.us had everything going for it. Politico.com stated, “FWD.us surpassed its $50 million fundraising goal Zuckerberg set and has almost $25 million still squirreled away, according to those familiar with the group’s finances. Much of the money went to media buys, for which it far outranked other pro-reform groups.”

But this is like the NFL draft. All you’re doing here is assembling the roster. Then, the guys have to go out and play. The coaches have to have a strategy, and the players need to execute. FDW.us botched the strategy, and therefore, the execution became irrelevant.

FWD.us decided that immigration reform had to be bipartisan since the House is held by Republicans and the Senate and White House by Democrats. That much is true. Where things went off the rails strategically was in the decision to run ads praising GOP officeholders for things not directly related to immigration reform. In particular, the group ran ads touting various legislators’ support for the Keystone XL Pipeline and oil drilling in the Arctic National Wildlife Reserve (ANWR).

While it may have served the stated purpose of giving immigration reform supporters some home constituency cover, the ad buys cost FWD.us the support of people who oppose these ideas.

For instance, the mind behind Tesla Motors, Elon Musk, withdrew his support for FWD.us. He makes electric cars in part to avoid having to deal with drilling in the ANWR and building the XL pipeline. He said, “I agreed to support Fwd.us because there is a genuine need to reform immigration. However, this should not be done at the expense of other important causes. I have spent a lot of time fighting far larger lobbying organizations in D.C. and believe that the right way to win on a cause is to argue the merits of that cause. This statement may surprise some people, but my experience is that most (not all) politicians and their staffs want to do the right thing and eventually do.”

Former Sen. Russ Feingold, a decent left-winger from Wisconsin, echoed these sentiments. “Leaders in the technology community have every right to talk about how immigration reform will benefit their businesses. But instead, Fwd.us has chosen a strategy that’s condescending to voters and counterproductive to the cause of reform.”

Fwd.us spokeswoman Kate Hansen told Amanda Terkel at the Huffington Post, “We recognize that not everyone will always agree with or be pleased by our strategy — and we’re grateful for the continued support of our dedicated founders and major contributors. Fwd.us remains totally committed to supporting a bipartisan policy agenda that will boost the knowledge economy, including comprehensive immigration reform.”

I used to work in electoral politics building coalitions (so successfully that I am now a full-time writer), and my experience tells me that this is a bad idea from the beginning. You don’t build a successful campaign by bringing in issues that are not directly germane to the goal you have. And you don’t build a coalition by pleasing some by pissing off others.

What Zuckerberg and other business leaders don’t understand is how a democracy works. Corporations are, by definition, dictatorships. If you don’t follow orders, you’re out. In a democracy, you actually have to make compromises that, to you, make no sense, are inefficient and can prove to be counterproductive. The vote swapping and horse trading that goes on in a healthy legislature are alien to the C-suite. The fact is there will be no immigration reform until support for the Tea Party drops off or until it secures a majority in both houses of Congress. Not even Captain Facebook can chance that. 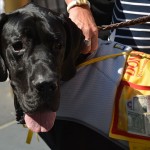