Overrated movies come at us day and night, garnering acclaim that they haven’t necessarily earned. It’s far more rewarding to look under a rock and find underrated movies — the ones that deserve another look because they’re way better than anyone gave them credit for.

Here are the 10 best such films, the ones that I most strongly feel merit a lot more thumbs in the air.

Based on the Broadway charmer, this one mixes sociopolitical messages with pure hooey, with some great songs studding the offbeat dramaturgy. The young Francis Ford Coppola got the job of adapting the show to film, and he did really well, coming up with a weirdly arresting (if long) mix of naturalism and surrealness. Tommy Steele is extremely annoying as the leprechaun, and the aging male ingénue is totally B-list, but how often do you get to see Fred Astaire and Petula Clark together — in a Coppola musical? (Coppola did way worse with subsequent musicals “One From The Heart” and “The Cotton Club.”)

If Adam Sandler is involved in a film, critics automatically start reaching for their hatchets while the Golden Razzies grab for some trophies. But this one actually boasts some belly laughs. Sandler plays both a family man and his irritating twin sister — a manipulative mess who visits for Thanksgiving and ends up turning the whole family upside down. The movie becomes tiresome, but Sandler’s Jill is actually funny, and anything that delivers a few multigender guffaws along the way deserves an honorary Jerry Lewis award, not a Razzie.

This screwball comedy is no classic, but I adore it, for the great leads (Jack Lemmon and Catherine Deneuve, whose hair never moves), the sparkling supporting cast (Myrna Loy, Charles Boyer, Sally Kellerman) and the romantic use of New York, including party and nightclub scenes that are seductively glam and witty. The whole thing adds up to a tired businessman’s fantasy of landing the boss’s wife, but in the right mood, you might just find some enchantment in this weird little gem.

Based on the H.G Wells novel, this is a futuristic tale of destruction and reconstruction which is filled with lavishly imaginative sets courtesy of director William Cameron Menzies. Gorgeous imagery makes this a must-see eye-popper slash mind expander, which really holds up (unlike the future itself, LOL).

I saw this cult classic at a screening shortly before it came out and remember calling all my friends afterward and gushing, “I’ve just seen the greatest film in ages! You have to see it!” To me, Faye Dunaway was even better as Joan Crawford than Joan herself was. Her arching eyebrows, jutting shoulders and overly made-up grimace combined for a chilling portrait of a fading movie star, though Faye also brought pathos and poignancy to the role. What’s more, the film worked as psychodrama, cautionary tale, camp comedy, fashion show and tell-all. Mommie has so many riveting moments from beginning to end that I won’t even entertain the idea that this movie can be bad in any way. Thank God the editor didn’t “get the axe” when he did his job.

Widely lambasted because its filming was beset with delays and budget inflations, this Elaine May-written-and-directed comedy is actually a riot. In parts. Warren Beatty and Dustin Hoffman play a Hope-and-Crosby-type duo who sing hilariously awful songs and get involved in North African intrigue with Isabelle Adjani. The intrigue part is no good, but the singer/songwriter stuff is a scream. And who cares if, backwards, the title practically spells “ratshit”?

Philip Seymour Hoffman won the Oscar for “Capote,” but Toby Jones was just as good as the friskily brilliant author, this time researching “In Cold Blood” and finding himself getting wrapped up in the psyches of the killers (one of whom is played by Daniel Craig). Jones plays the author as a flamboyant, funny, bitter, manipulative and totally arresting elf. You really feel like you’re glancing in on a sort of glittery snowdome of his life.

Neurosurgeon Steve Martin cheats on his nasty wife Kathleen Turner with a brain in a jar (voiced by Sissy Spacek), and the result is definitely the funniest sci-fi comedy ever made. Carl Reiner directed this outlandishly wacky, zany romp, which deserves a higher place in the pantheon, even if just for the immortal line, “Into the mud, scum queen!”

A colossal flop, this is actually a long, involving, perfectly cast adaptation of the Nathanael West novel about the dark side of the 1930s Hollywood fame game. Karen Black, Donald Sutherland, William Atherton, Burgess Meredith and Geraldine Page do great, quirky work for director John Schlesinger (“Darling,” “Midnight Cowboy”), the result being a trenchant look at the American dream gone awry. The climactic scene, which involves a mob of crazed moviegoers gone amok, is as haunting as it gets. Too bad no one showed up at theaters to see the pretend-moviegoers.

Michael Musto is a contributing journalist for TheBlot Magazine. Check out his picks for The 10 Most Overrated Movies of All Time. 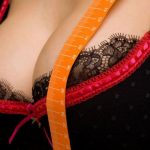