In addition to our legal names, numbers form a significant part of our identities. We have numbers for Social Security, credit cards and countless different accounts from banking to frequent-flyer loyalty programs. Yet one number in this mobile app-ed age stands out: the phone number. It’s how people find you — it’s your digital name. And phone companies have discovered that some people will pay to get a number they like.

The phone number as we know it was invented in 1879 in Lowell, Mass., during a measles epidemic. Alexander Graham Bell’s friend, Dr. Moses Greeley Parker, thought the phone system would have to shut down if the operators became sick — substitute staff couldn’t figure out how to work the switchboards. By replacing names with numbers, the system was easier to manage.

Until the 1950s, your phone number consisted of two letters named for the local exchange followed by four or five numbers. So if you lived in the Murray Hill section of Manhattan, your phone number was MU1-2345. That’s why there are letters on the phone key pad; MU turned into 68.

In 1951, we came up with the idea of area codes because increased phone traffic demanded it. New Jersey was the first with 201. The North American Numbering Plan assigned lower numbers (because they were quicker to dial on a rotary phone; if you’re under 40, Google that term) to highly populated areas: New York, 212; Los Angeles, 213; Chicago, 312. Kansas got 915 because there are fewer people there.

So, we have area codes with certain geographical cache, local numbers and letters. Moreover, some people believe in “lucky numbers.” Obviously, there would be demand for the “right” numbers. Guys like Ed Mance from San Francisco, who operates PhoneNumberGuy.com has figured out how to get those numbers, and David Day at 212AreaCode.com can hook you up with number in the original Manhattan area code.

Weirdly (I think it’s weird anyway), people don’t really buy numbers based on the exchange or the three digits before the hyphen. The one exception to this seems to be 288, which under the old lettered exchange system was Butterfield 8 – the title of an Elizabeth Taylor movie. Apparently, there’s no premium for IAM-HURT over plain old XXX-HURT.

The most expensive phone number Mance has, as best I could tell, is 702-FORTUNE, which is a Las Vegas area code and the promise of casino riches. The price tag is $99,999.

That, however, pales in comparison with a Chinese number 8888-8888 that sold for $280,000. Eight is considered lucky in Chinese culture (while four is unlucky) And yes, there are eight digits in the phone number. My virtual London number has eight digits, and a great many other nations use eight digits. The North American Numbering Plan, however, doesn’t allow for an extra digit.

Lincmad.com explains, “The fixed-length numbering scheme used in North America allows the originating switch to reliably determine that the full destination number has been dialed, and transmit the entire number to the network in a single signalling block. In countries that have variable-length numbers, any call outside the local area requires sending each digit individually to the network, with an acknowledgement sent back from the destination switch when a complete valid number has been received. It is substantially more efficient to transmit a single 10-digit number than to transmit ten (or eleven or nine) individual digits.”

However, that isn’t the most expensive phone number. In Qatar back in 2006, a charity auction brought in $2.7 million (10 million Qatari rials, to be precise) for 666-6666. While in fundamentalist Christian belief 666 is the Number of the Beast in the Book of Revelation (and it’s never plural, OK?), John Oates, who covered the sale for the British newspaper The Register, wrote “Having seven sixes as your mobile number might seem devilish to some, but interpretations vary. A brief dip into the weird world of numerology shows 666 is seen as holy in Judaism because it represents six directions — up, down, north, south, east and west. Others equate it with the Arabic word ‘ellah’ meaning God.”

For that kind of money, you ought to get unlimited nights and weekends. 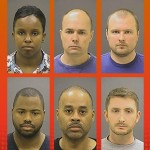 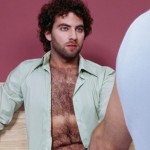