If you are producing a segment for the Sunday talk shows and can’t think of a topic, just mention the word “drones.” You’ll have thousands of experts willing to weigh in because everyone has an opinion about them. They are either an existential threat to civil liberties or the greatest advance in aviation since the rocket. In truth, they are like any other technology: amoral until put to use. If you use them to gather scientific information to better inform public policy, they are good. If you use them to kill people, well, not so much, as the saying goes.

A new use for them, one which is morally ambiguous, is graffiti. Recently a six-story Calvin Klein ad down on Lafayette and Houston streets in Manhattan got tagged in what many believe is the first instance of drone-graffiti. The perpetrator KATSU has been around as a graffiti artist (or vandal depending on your point of view) since the 1990s, and his tagging of the Kendall Jenner photograph was a proof of concept sort of thing.

In April 2014, he demonstrated just how easy it was to stick a can of spray paint on an off-the-shelf drone (he used a DJI Phantom for those of you who are into drones). Back then, he just used the drone to paint canvasses for white wall galleries.

KATSU himself was pretty chuffed about the exercise. “It turned out surprisingly well,” he told WIRED magazine. “It’s exciting to see its first potential use as a device for vandalism.”

Now, I happen to be an agnostic when it comes to graffiti. If done with some artistry and panache, a graffito (yes, that’s the singular, it’s Italian) really is just a mural with bad press. Done without those things, it’s destruction of property. When I came to New York back in the 1980s, the subway trains were covered in graffiti. Some of it was actually wonderful. Most was crap. Just like Impressionism and Abstract Expressionism.

And writing on walls is in our DNA, I think. KATSU is just one in a long line of humans who had to put their mark on a wall. Tourists visiting the ancient Roman cities of Pompeii and Herculaneum today can see things the doomed residents wrote on the walls. One inscription translated from the Latin is “We two dear men, friends forever, were here. If you want to know our names, they are Gaius and Aulus.” Two millennia later, “Kilroy was here.”

Indeed, the cave paintings at Lascaux in France are more than 17,000 years old, and despite their importance in the history of art, they are graffiti regardless of the name one gives them.

In the case of the Calvin Klein billboard, KATSU merely put some paint on an ad — neither enhancing it artistically nor undermining its commercial value (which is probably nil because no one pays attention to billboards in New York City). Besides, despite what “Mad Men” claimed, advertising is one of the uglier aspects of modern civilization. It is not possible to vandalize it.

What does interest me is the technical issues KATSU has addressed. “Seventy percent of the concentration is in maintaining this equilibrium with the two dimensional surface while you are painting,” he said in Wired. Just like a handheld spray can, a drone-painter doesn’t work too well if you work it at an angle.

What bothers me about this latest development is that it takes all the physical challenge out of the urban (but not urbane) art of tagging. KATSU has opened up the entire planet to graffiti. No longer will vandals have to climb the outside of buildings, hang dangerously from bridges or otherwise risk their necks. They’ll be able to deface the Statue of Liberty from the comfort of a lawn chair in New Jersey.

Like so much other art these days, hell, my kid could do that. 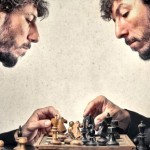 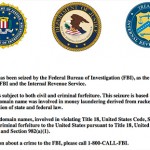