Poverty in America is live and real! We’ve got a pretty big problem in this country right now, with regards to the distribution of wealth. We have a few exorbitantly rich people and a shit ton of extremely poor people, and not much of a middle class to speak of. It’s only getting worse.

It isn’t only a bad thing because “Oh, it’s sad when people are poor.” It’s a bad thing for our economy, and it’s a terrifying thing for our future. A recent study showed that American students were far behind all other first world economies in math, science and reading. The Wall Street Journal, not exactly a communist rag, attributed this to the fact that we have a far higher percentage of people living in poverty than those nations do.

Pure capitalism isn’t working, and it’s not ever going to. Pure capitalism is just as radical as pure socialism, and just as unlikely to work out well for anyone. This is why our economy used to be a blend, and why the most successful economies throughout Europe are blended economies.

At this point, pure capitalism is actually killing innovation. When the vast majority of people are just struggling to get by, no one has time for any fancy innovating, and those that are comfortable aren’t going to bother much with it anyway. It’s not like Paris Hilton used the vast amount of money and comfort she was born into to go to school and contribute to society. She goes around pretending to be a DJ. Who is that helping? What is she innovating?

Peter Drucker was basically the father of “business management.” Business majors study him the way philosophy majors study Sartre, the way lit majors study Hemingway. He essentially laid the foundation for the way most companies are run these days. It might surprise you to hear, then, that he was extremely opposed to exorbitant executive salaries.

Switzerland just voted on a referendum that would cap executive salaries at 12 times whatever the lowest paid worker was making — with the idea in mind that the CEO of a company shouldn’t make more in a month than a worker can make in a year. It failed. However, I think that this is an idea whose time has come, though perhaps Drucker’s ideal ratio would be more plausible.

Think a maximum wage would discourage innovation? Surely, you jest. Do you really think that the vast majority of our megarich are the inventors and innovators? Do you think the guy that discovers the cure for cancer is going to be half as wealthy as the CEO of the pharmaceutical company that distributes it?

In my heart of hearts, I believe there should be a maximum income of, say, $5-10 million, and that anything over that should be taxed at 99%, with all of that money going toward improving the lives of everyone in the country, like with schools, health care, college tuition, etc. I don’t think anyone can make the case that this amount of money is too little. However, I realize that’s never going to happen.

The point is, the problem of poverty could be easily solved by tying executive pay to worker pay. That way, the CEO of a company could make as much money as he or she liked — just so long as those at the bottom were also appropriately compensated. I think a ratio of 25:1, as Drucker suggested, would be more than fair.

Am I really stupid? Amazon Offers Employees $5,000 to Quit in PR Scam

If a company wanted to pay its low-level employees minimum wage, amounting to $15,080 a year, the highest anyone else in that company could be paid would be $377,000 a year, which is still nothing to sniff at. If the CEO wanted to increase their own pay, they would also have to raise the pay of the company’s workers. If they didn’t, the excess funds would allow them to hire more workers.

If you really want to stimulate the economy, if you want to make a better life for everyone here, this is how to do it. Our country can survive without billionaires, quite easily. But the amount of people living in poverty conditions in this country is unsustainable in the long run. We can’t do it, and we’re going to have to figure out another way. Poor people have been taking it on the chin for long enough, and now it’s someone else’s turn. 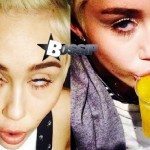 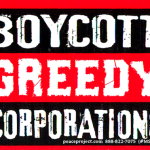