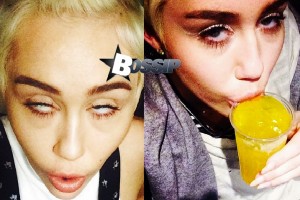 Does smoking weed make you a better singer? Miley Cyrus may believe so. Everyone’s (least) favorite wild child Miley Cyrus is in Amsterdam for the MTV Europe Music Awards, and while there, she’s been taking full advantage of the city’s nonexistent weed laws. If she hadn’t already successfully shoved into our faces that she smokes weed, she certainly has with her most recent trip. Congratulations, you’re just like everyone else in the world.

Since Miley’s been in Amsterdam, she’s already established a favorite stomping ground for cannabis consumption, the Greenhouse cafe, where she visited on Thursday with DJ Afrojack (as in Paris Hilton’s ex) and on Friday with model Cara Delevingne (why, Cara, why?? I thought I liked you). Who knew they were even friends? It’s like every 17-year-old Tumblr blogger’s dream come true.

But partaking in the city’s infamous weed shops wasn’t enough for Miley, and in a move that must have earned some major points with Snoopzilla (formerly known as Snoop Lion, who was formerly known as Snoop Dogg), the “Wrecking Ball” singer actually lit one up on stage. At tonight’s MTV EMAs, Miley walked onto the stage at Ziggo Dome to accept the award for best video wearing a white bodysuit and fur shrug and carrying a Chanel clutch. As she thanked her “Smilers” and Terry Richardson, who directed “Wrecking Ball,” she said, “I don’t have room for the award in my bag but I did find this…” and pulled out a half-smoked joint, lighting it up and becoming the first stoner on earth to voluntarily wear platform heels to get high. Watch the silly, silly clip below:

In recent months, Miley has been bringing up her pro-marijuana stance every chance she gets. In her interview with Rolling Stone, she revealed, “I think weed is the best drug on earth. One time I smoked a joint with peyote in it, and I saw a wolf howling at the moon.” (Lol, what?) “Hollywood is a coke town, but weed is so much better. And molly, too. Those are happy drugs — social drugs. They make you want to be with friends. You’re out in the open. You’re not in a bathroom. I really don’t like coke. It’s so gross and so dark. It’s like what are you, from the Nineties? Ew.” That’s funny, because you’ve been dressing a lot like 1991 lately.

Why I love Moving…

When she was on Jimmy Kimmel and Snoop Otter or whatever the f*ck was brought up, Kimmel said something about how Snoop is high all the time and Miley jumped at the chance to be all “Me too! I smoke weed too! I’m just like Snoop! Ahhh me me me me!”

Anyway, Miley Cyrus smokes weed. Did you know? Now you do. Would you still buy her music? 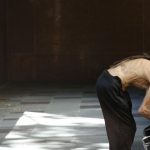