Ah, first world problems.  When they rear their ugly heads, they are, indeed, totally ugly.  But this time it was just two 9-year-old girls!  But these rampant brats were so out of control, it’s international news!  Sure, videos of kids behaving badly go viral all the time these days.  But who ever heard of a couple metro kids who were able to terrorize absolutely everyone they came across at a shopping mall?  Well, now you have.  And you will want to grab your belt as a reflex!  We call that, parental reflex disease.  After hearing about this, I’ve got it bad. These Australian girls have got it coming.

Read More: This Scottish Woman Thought it Was Normal She Never, Ever, Felt Pain

So we don’t know their names, obviously.  They’re kids!  Hopefully when they’re older, they will have gone like fine wine and aged well.  So there’s no reason to ruin their reputations.  But we can certainly talk about them from an anonymous distance.  But here’s why.  These two girls were at the Helensvale Shopping Centre, located in Australia’s Gold Coast in Queensland.  These two went on a total rampage, which is no mean feat.  So what constitutes a rampage?  Ok.  They abused an elderly woman.  But then there was the poor security guard.  They spat on him, punched him and kicked him.  Then they got on top of a car and danced on the roof!  Yeah, that’s the picture at the top.

SEND THOSE LITTLE BITTIES TO NEW YORK, WE’LL SORT THEM OUT NICE AND PROPER

So of course there’s video of the whole scenario.  If you deign to watch it, you’ll see the girl in the dark shirt say she’ll murder the security guard!  But why?  He ahd her scooter and she wanted it back.  At some point she gets her scooter back. Because the video then shows her scooting away.  But then she pops an ollie!  I didn’t even know you could do an Ollie on a scooter!  Life Down Under is definitely a different rhythm.  Because where I grew up, someone would have handed the shit to these little ladies in thorough fashion.  Hopefully, someone down there will do the same before these two really, indeed, step in it for good. 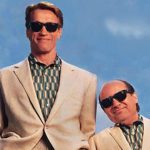 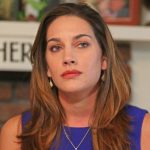