A time of supposed sanctity and compassion, the holiday season turns out to be a horror filled with crass commercialism, communal despair and sickening eggnog. I personally can’t bear it, especially because of the following 10 things that truly put the hell into holiday.

The forced joviality Everyone’s walking around with disturbingly fake smiles plastered on their faces. Even fat Santa is rolling around squealing “Ho, ho, ho.” The apparent need for cheer is so oppressive, until the smiles inevitably melt into grimaces and you realize that everyone’s as unhappy as you are. No wonder there are so many horror/slasher films with a Christmas theme.

Everyone leaves town. Sensing that the only way to deal with the holidays is to escape them, the entire city clears out like a gay bar when they play a Toby Keith song. People wisely flee to warmer climes, while you’re stuck here, all alone and wondering what the hell happened. You’re freelance, after all, and still have to deal with deadlines (even though the entire world has stopped, and there’s nothing to cover.) What’s more, you’re really cheap, so you don’t like to travel. So you wander the streets solo and notice that there’s no one around except for an occasional loony tune who’s wandering in circles like you are. Yes, they have the requisite fake smile on their faces, but they’ve had it all year.

The same holiday songs play over and over. Ad infinitum, starting in November, you hear the delicate strains of “Jingle Bells” until they feel like a drill burrowing into your skull. By Dec. 1, you’re already sick of “I Saw Mommy Kissing Santa Claus,” and a week later, you want to hurl and start looting if you hear “Winter Wonderland” one more time. And there are bittersweet songs, too. Whenever I hear “The Christmas Song (Chestnuts Roasting on an Open Fire),” I’m overcome with sadness, and “Have Yourself a Merry Little Christmas” is practically suicide time. Otherwise, it’s all good.

You have to buy lots of gifts. Rather than treat yourself to the things you actually need, you’re expected to deplete your budget by procuring things other people don’t want. You spend weeks in department stores and at flea markets (and on Amazon) getting socks that don’t fit, handbags that don’t read and knicknacks that don’t compute. And the whole thing is a big buildup to yet more forced joviality when the lucky recipient flashes that grin and exclaims, “I’ve always wanted an “I Love Lucy” ashtray! Thank you!!! No, really!!!!”

The returning gift day is a nightmare. Anyone familiar with the art of shopping knows that the most crowded store day of the year is Dec. 26, when everyone furtively stampedes into every establishment in town to bring back the crap they were bequeathed the day before. The trick is to keep your face hidden as you do so, since the other people milling around happen to be the ones who gave you the gifts. Or maybe just be seen and be confrontational, since they happen to be there to return what you gave them!

It’s really cold. Nice weather would improve the situation, but no, it’s freezing and slushy and really yucky outside. Even the most pathetic day could be uplifted by a walk or bike ride in balmy weather, but that ain’t happening, so you lock yourself in the house — a wise move since there’s nothing to do except maybe return gifts. No wonder people come down with SAD (Seasonal Affective Disorder). In fact, I always come down with RBSAD (Really Bad Seasonal Affective Disorder.)

You’re faced with an array of fattening meals. For months, you’ve carefully consumed kale instead of French fries, but now you’re confronted with a parade of heart-attack food, accompanied by all sorts of starchy and cholesterol-laden items. Apparently we all celebrate the birth of Christ by eating like pigs and ritualistically killing ourselves. By New Year’s, you’ve gained 20 pounds, so you drown your sorrows in more lasagna.

Office Christmas parties are horrid. You gather over stale cheese and crackers to make small talk with people you haven’t bothered with all year. But suddenly you’re cramped together in some horrid happy-hour bar, and you have to make nice. And the whole time, you also have to use your peripheral vision to spot your bosses so you can dutifully crawl up their asses before crawling back to the cheese and crackers. You also have to keep an eye on yourself all night; you can’t do anything even remotely embarrassing or it could resonate at the office the next day. What a nightmare!

It all reminds you of the horrors of your childhood. Every gift reminds you of the chemistry set you wanted and never got. Every meal brings back the family fights that would happen under pressure (and under mistletoe). Every showing of “Miracle on 34th Street”reminds you that you were Natalie Wood’s age when you first saw it. Oy! Make it stop! 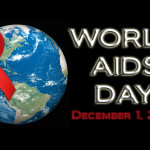