First observed in 1988, World AIDS Day, the annual event to focus awareness about the continuing pandemic and remember those that have died of the disease is marked around the globe today. Commemorated by public health advocates and governments worldwide, the day is dedicated to prevention and control of the disease.

Though access to life-promoting antiretroviral medications has increased, the global pandemic continues to claim the lives of millions around the world, according to data from the World Health Organization, the public health arm of the United Nations.

An estimated 35 million people are currently HIV positive, according to the WHO. An additional 19 million are HIV positive but unaware.

A theme marking the day, to encourage communication, awareness and prevention of the disease has been issued each year. The first was “Communication,” and focused around youth. This year’s theme is “Focus, Partner, Achieve: An AIDS-free Generation.” Organizers and public health advocates are stamping the day “getting to zero,” envisioning a world without any deaths from the disease.

HIV/AIDS has killed more than 36 million people since 1981, according to the WHO.

The White House marked World AIDS Day by draping a large, bright red ribbon at its entrance. Since 1995, the president has made a proclamation to mark the day.

Through statements and social media, people are being encouraged to learn more, get tested and engage in the conversation using social media.

President Barack Obama said that though great strides have been made, there is much more hard work to be done.

“As a Nation, we have made an unwavering commitment to bend the curve of the HIV epidemic, and the progress we have seen is the result of countless people who have shared their stories, lent their strength, and led the fight to spare others the anguish of this disease,” he said. “Today, we remember all those who lost their battle with HIV/AIDS, and we recognize those who agitated and organized in their memory. On this day, let us rededicate ourselves to continuing our work until we reach the day we know is possible — when no child has to know the pain of HIV/AIDS and no life is limited by this virus.”

World AIDS Day is one of eight global health campaigns marked by the WHO.

Worldwide, 0.8 percent of people ages 15–49 years old are living with HIV. However, the severity of affected populations varies greatly by country and region. Nations in Sub-Saharan Africa remain the most severely affected, with nearly one in every 20 adults living with the disease, almost 71 percent living with HIV worldwide, WHO statistics show.

An estimated 1.5 million people died of AIDS-related illnesses worldwide in 2013, according to the WHO, 270,00 were children. 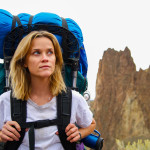