So her name is Brooke Lajiness.  And she is, legally, a cougar and a sex offender.  She’s from Lima Township, Michigan.  She’s married.  She is a mother.  She had no criminal record.  There’s nothing suspicious in her personal history.  So you’d assume this 38 year old woman would be an upstanding person.  But you’d be wrong.  This is a really strange story that defies understanding.  She had sex with two different boys.  They were only 14 and 15 years old!  So how did this happen?  But why did this happen?  It just makes no sense.

She faced sentencing recently and it was a somber, strange scene.  Her possible sentence is a minimum of four years and 9 months.  But she could have gotten the maximum, which is a serious 15 years in prison.  Witnesses described that Brooke was holding back tears in the courtroom.  She said, “This has been the biggest regret of my life.”  Well, that makes sense.  It should be.  She’s likely wrecked her marriage.  But her kids will miss their mom for however long she’s behind bars.  And how can they understand this?  But let’s not also forget the impact on the two boys and their families.  This is a nightmare.

SHE LURED BOYS TO HER CAR, TELLING THEM HOW TO SNEAK TO MEET HER

So Brooke literally lured the two boys to her car for sex!  She sent them naked pictures of herself and engaged in sex acts over Snapchat.  But then she sent them messages about how to sneak out, with directions on how where and when they would meet in her car for sex.  This all happened in the summer of 2016.  But initially, she confessed to having sex with the 14-year-old 8-15 different times.  But she change that count to two in court.  There are reports that Brooke and her husband wrote the court to blame the two boys and said that her insomnia clouded her judgement.

But one thing is for sure.  It’s hard to sleep in prison. 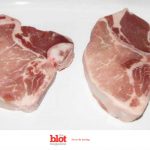 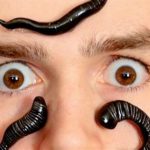