So medical technology and practice has only gotten better over the years. But it wasn’t really all that long ago that people used leeches to get rid of “bad blood.”  Well, actually, we do still use them today.  Evidently, they are great at getting rid of pooled blood in damaged tissue.  But anyway, leeches are no longer the go to tool for, well, everything. Yet that doesn’t explain the man who had 5,000 leeches in his luggage when his flight from Russia landed in Canada.  But Toronto Pearson International Airport had a Beagle on the job.  As soon as it smelled something funny, it plopped down right next to the newly arrived man.  That told his handlers something wasn’t quite right.

Because of Canadian law, we can’t know the name of the leech man.  But we also can’t even know the name of the Beagle?  Strange ways, Canada.  But when officials looked in the man’s bags they found something a little out of the ordinary: 5,000 leeches.  So this happened in October of last year.  But until this week it wasn’t a part of public record.  Authorities charge the man with “illegally importing an internationally regulated species without the required permits.”  But Canada isn’t calling the man a leech “smuggler.”  Technically, he wasn’t really hiding the leaches.  So instead, he is an illegal leech importer.  Thanks, Canada!

SMUGGLER/IMPORTER SAYS THEY WERE FOR HIS OWN PERSONAL USE, ORCHID HEALTH

You can find leeches pretty much everywhere except Antarctica.  A lot of them live by drinking blood.  One meal a year is enough for many of them.  But these confiscated leeches were two species, the southern medicinal leech and the European medicinal leech.  The market value for these is about $10 per leech.  The man who brought them to Canada said he wasn’t going to sell them. He said he would use them to help his orchids.  But authorities say this quantity was clearly for commercial use. 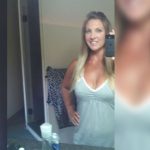 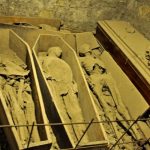