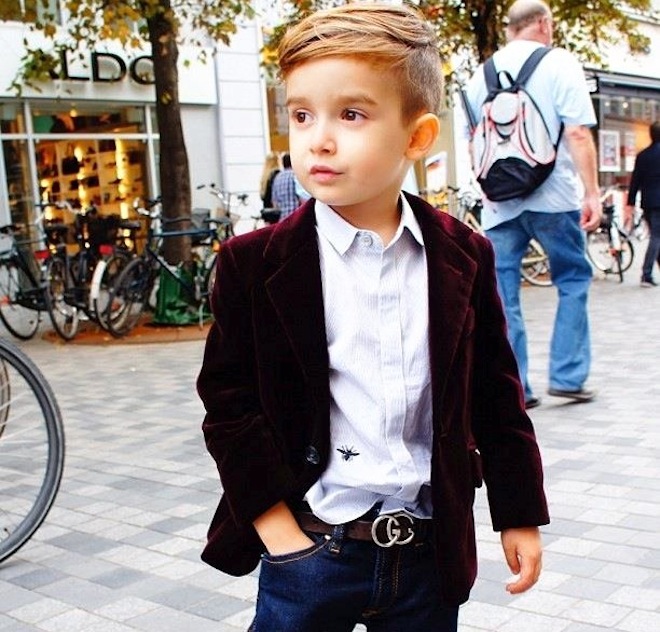 For me, “cool” is a concept that runs deeper than mere “fashion.” While a person or a thing deserving of the label “cool” might be hard to define, once enough coolness has been absorbed by a particular sociocultural phenomenon, that phenomenon becomes significantly more durable than the mercurial trends of whatever happens to be in vogue at the time. As we all know, last season’s fashions aren’t cool anymore, and should be buried at the bottom of your closet.

James Dean or Steve McQueen in jeans and a tee shirt on a motorcycle is cool. So is, as a thousand advertising campaigns have told us over the years, Marilyn Monroe. Prince, although his personal style doesn’t always endure (check out the “Purple Rain” album cover), is exceptionally cool. His Hit and Run club dates in the U.K. seem to back up this fact.

Fashion, on the other hand, comes and goes. It’s the playground of powerful interests out to identify, and then sell, cool. The Guardian recently ran an article about the relationship between fashion and cool, and the ideas brought up in a paper by Vanessa Brown, a senior lecturer at Nottingham Trent University, entitled “Is It Cool to Be Fashionable? The Instabilities of Fashion and Cool.” In a nutshell, the cool that live among us are the trendsetters the fashion industry (and others) gleans off of in order to bundle hip fashion for redistribution and mass consumption.

While cool people might be style icons, icon status is not their goal. These men and women become innovators of style because they set themselves apart from constantly fluctuating fashion trends. Paradoxically, this means a truly cool human being is often ahead of the fashion curve he or she tends to ignore. Yes, we live in a very strange world.

By remaining aloof, a cool person may become the target of “cool hunters” looking for the next big, cool thing. And thus the cool folk eschewing mainstream inclinations become powerful influences on the avant-garde (and fleeting) fashion rages of the near future, which in turn will become the “new” mainstream trends.

Apart from the stylish clothes we wear, and the “in” drinks we imbibe, I think a lot of us — regardless of our “cool” credentials — intrinsically gravitate towards the cool and reject the artificial tendencies of mainstream fashion. I’ve seen this in myself, and others, with our relationships toward musicians that suddenly “make it” big.

Artists, ranging from hip-hop to indie rock, often try to hold onto their local roots after they’ve tasted some commercial success. They might have to defend their cool street cred after “selling out” and signing a deal with a big record label, or shooting that multimillion dollar soft drink ad for the Super Bowl. On the flip side, how often have you or someone you know started dissing a band you previously liked because they suddenly became popular?

“Oh, yeah, I dug that group when they were local, playing small clubs … but not now. They’re way too mainstream.”

“Mainstream” equals “fashionable” for many, which by some cultural definition we all somehow agreed to a long time ago is the essence of uncool. It doesn’t matter if the music or sense of style in someone or something has changed or not. The perception of change is generally enough to tarnish any counterculture reputation associated with what will now be defined as mainstream, watered-down and lacking in real cool.

The irony, in my opinion, is that if you’re truly cool, you don’t care, yet an army of people are paid to figure out why you’re so damn cool in the first place, and how that “cool” can be repackaged and sold to the average gal or guy. In essence, fashion desperately tries to emulate the effortless aloofness of cool. By doing so, fashion turns itself into a frantic monster scrambling to beat down the competition in the never-ending race toward the next cool thing — which at the end of the day, isn’t very cool at all.