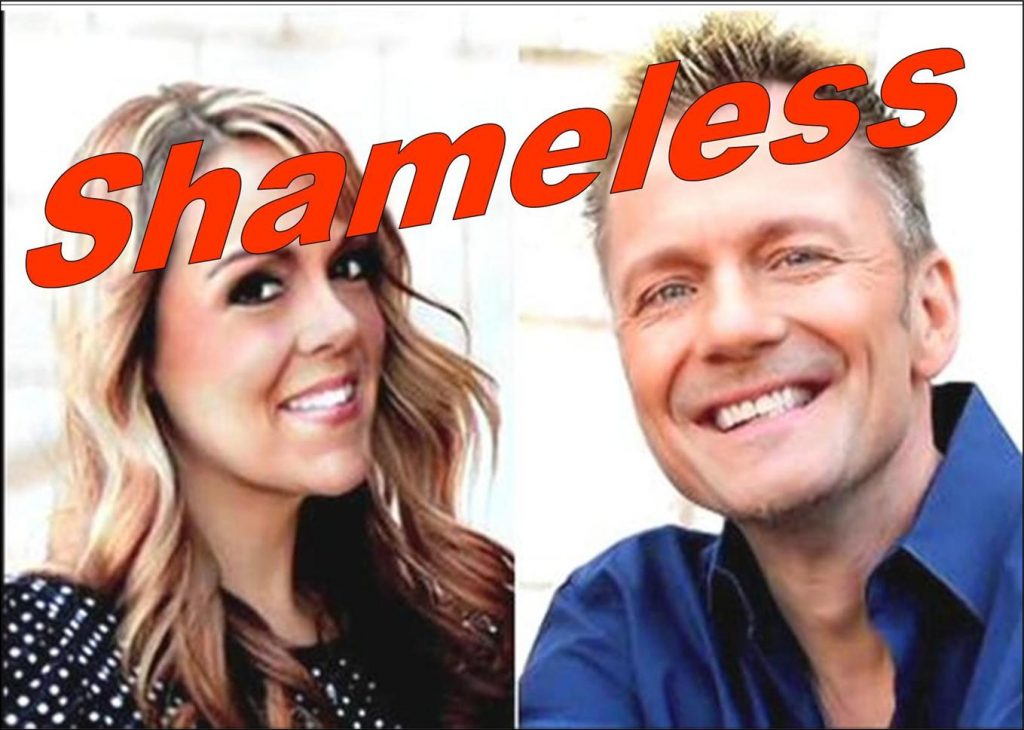 “Tommy will NOT attend. I do not believe in what you do and will not subject my innocent son to your ‘lifestyle.’ I’m sorry Sophia has to grow up this way. If you have an issue or need to speak to me…”

Wow. Wouldn’t a “Sorry, but Tommy’s out of town that day” suffice? Or even a “Thank you, but Tommy can’t be around other children until we figure out what’s causing that rash.”

Except it was all made up. There is no Tommy, there is no Sophia, and while there are plenty of “my two daddies” on Long Island, none presumably were throwing a tie-dye-themed birthday party. The whole scandal was the product of Long Island morning disc jockeys Steve and Leeana of “The Morning Show With Steve and Leeana,” K-98.3 WKJY Long Island.  I guess the old tried-and-true prank call isn’t working anymore.

We should have guessed. Our first clue that the whole thing was a fake? What gay dad would throw a tie-dye birthday party? Any respectable gay dad would have a princess-themed extravaganza complete with step-and-repeat photo opportunities and party favors that may or may not include something from Tiffany’s.

Facing the firestorm of criticism and public calls for a near-lynching of Tommy’s mother, Steven and Leeana of “The Morning Show With Steve and Leeana” finally fessed up. They released the following statement, not long before being suspended from the radio station:

“We were attempting to spur a healthy discourse on a highly passionate topic, but we made a mistake by misleading our listeners into thinking that this specific situation actually existed. We are very sorry that we perpetuated this falsehood, even after it was clear that it had taken on a ‘life of its own.’ We deeply apologize for violating your trust, and we will work hard to regain that trust.”

Thanks, Steve and Leeana of “The Morning Show With Steve and Leeana.” I wasn’t aware there were hateful people in the world. Sadly, this sort of thing has happened before. Remember Dayna Morales, the New Jersey waitress who claimed that, in lieu of a tip, she was given a hateful message instead that condemned her lesbian lifestyle?

Turned out, that was a fake as well. We learned that when the family accused of leaving the message was able to produce their receipt showing that they did indeed tip and left no such message. The lesson: save your receipts/don’t eat in New Jersey. She was eventually fired, but not after scamming some $3,000 in donations out of sympathetic people across the county.

It seems that any idiot with a smartphone and Facebook account can start one of these jackass stories. A note to anyone out there who feels that there’s not enough hate in the world that they have to go making some up: stop, please. We don’t need your help here. Stop crying wolf, because there is plenty of bigotry to go around.