We all love vampires. They are scary and exciting figures. Are they real? Actress Sharon Hinnendael loves to tell her stories about playing vampire.

Sharon Hinnendael plays Charlotte Hawthorn, a shy teenager from an all-girls Catholic school in the sexy horror movie “Embrace of the Vampire.” Charlotte begins her new life at a coed university on a fencing scholarship. Unfortunately, an evil spirit torments her with disturbing nightmares and strong sensual desires. She gets a thirst for blood and becomes embroiled in a battle for her soul. The poor girl can’t find peace, and nobody around her is safe. 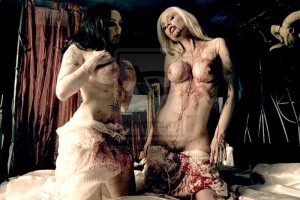 TheBlot Magazine caught up with Hinnendael in an exclusive interview with the charming actress:

Dorri Olds: Did you see the original 1995 version of Embrace of the Vampire starring Alyssa Milano?

Sharon Hinnendael: No, I just saw bits of it. It was very, very sexual.

Do you have anything in common with your character Charlotte?

She’s quiet and doesn’t know where she’s going. I could identify with her from my days in high school. But I’m not like that now. Now I’m very confident and love talking to people.

How old are you?

Are you a fan of horror films?

I love horror movies. Especially if I wake up in the night absolutely terrified. So, I like them but they ruin my sleep.

Did you stick to the script or ad-lib?

The director and I got together most nights and talked about the next day’s filming. The script changed a lot each day. We wanted it to be artsy, not like a regular vampire movie that could be cheesy. Everybody was very cool about changing things. I was really stressing every night. After filming for 14 hours I’d have to be up for 2 to 3 more memorizing lines. Then on set the lines could change again.

I saw on Twitter you were coached in fencing — how was that?

It was a love-hate thing. I really hated my fencing coach at first. I had to learn all of these French terms and fencing is so hard, so draining. Especially legwork — all the positions are very strict. I did it every day for weeks. After two weeks I was collapsing. I totally felt my body change. I’ve been modeling forever, so I exercise, but this was a slower workout.

Do you normally work out at a gym?

I despise the gym. I’d rather be on a plane next to a crying baby. I walk a mile and a half to the park, then it’s 2.2 miles around. I like listening to music and getting a tan.

What kind of music?

Lots. I’m a DJ, so I listen to everything — Seu Jorge, Buena Vista Social Club and new stuff. I love Cuban and any kind of Latin. The only music I hate is country.

What projects do you have coming up next?

I have two other movies: a comedy, “Dean Slater: Resident Advisor,” and “Spring Break Killer,” which is all over Europe now and coming to the States soon; should be here in a month.

It’s very weird. I didn’t watch the “Look” TV series. I pick myself apart too much and don’t like hearing my voice.

Do you read reviews?

I don’t look for them. I’m so busy, I don’t have time. But what’s the point anyway? People say things about my body, but that’s not constructive for me.

Have you ever gotten a crush on a costar?

I did a vampire movie, “Nightfall,” and ended up dating that guy for a couple of years. When you’re spending all this time together and doing romantic scenes it’s hard to separate that from reality.

Is it weird knowing your friends and family will be watching?

When I got naked on the Showtime series, I called all my brothers and dad and my boyfriend and asked if it was okay. They all said yes. Everyone in my family always gets an email. I explain each role. I respect my family. They’re the reason I got where I am. 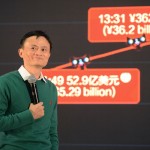 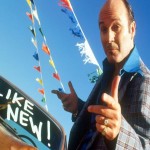