Hey, I love IKEA as much as anybody.  Ok, ok no, I like IKEA.  But some people are a little too into the IKEA thing.  So maybe it is actually a little satisfying to hear about how IKEA screwed the pooch in a big, simple, stupid way.  It’s the kind of mistake you’d expect from someone who learned geography in America, not Sweden.  So maybe that makes it a little better as well.  But there’s no denying the mistake.  IKEA made a world map and somehow they forgot to include the country of New Zealand.  It’s, like, funny.  Well, unless you’re from New Zealand.

So what’s the best part about this?  Maybe it’s that these maps made it to market.  They came as part of IKEA’s “Bjorksta” series.  But no one seemed to know until a Reddit user pointed it out.  They had bought their New Zealand lite map in the DC area’s IKEA.  Someone posted later on Twitter, “What’s the deal #IKEA with forgetting an entire country off the world maps you are selling? #NewZealand exists!!!!”  Well, it’s a pretty fair question, right?

But here’s the weird part.  For some reason, this isn’t even the first time that New Zealand has been erased from a contemporary map.  New Zealand’s prime minister has even had to address this as a problem!  But get this, there’s a Reddit sub-thread where the IKEA fun ran and it has the label, “Maps Without NZ.”  Can you imagine a Reddit thread that exists because all the times your country wasn’t on a new world map?  IKEA, for its part, owned up to the screw up and said that it is “responsible for securing correct and compliant motifs on all our products. We can see that the process has failed regarding the product Bjorksta world map—we regret this mistake and apologize.”

They’ve since removed all the flawed maps.  Too bad I didn’t get one! 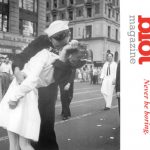 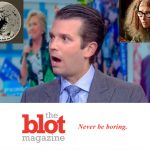