I’m not really sure how I missed this news last week.  I remember the first time I saw this photo.  It was in the late 1970s.  So sure, that’s a little while ago.  But the photo was already almost 35 years old at that time!  Today, everyone knows this photo.  But that doesn’t mean that they know what it’s about, or why it happened.  So to inform some and remind others, I’ll do a mild recap.  The day was August 14th, 1945.  That was the day that the Japan surrendered to the United States.  And this picture captured a spontaneous kiss of a sailor kissing a woman in Times Square he didn’t even know.  And now we have news that the sailor died at the age of 95 years.

The photographer who took the photo was Alfred Eisenstaedt.  The picture itself became one of the most famous pics in all of the 20th Century.  That’s really not an understatement.  The sailor in the picture was George Mendonsa.  The woman he dipped and kissed was Greta Zimmer Friedman.  She was a dental assistant wearing a nurse’s uniform.  Their kiss became one of the most iconic symbols of that day, which we know now as V-J Day.  So no, the two didn’t know each other.  And no, it wasn’t actually romantic.  It took years for anyone to identify the two in the photo.  But when they did, Friedman commented, “It wasn’t a romantic event. It was just an event of ‘thank god the war is over.'”

SO MAYBE THE KISS WASN’T ROMANTIC, BUT IT WAS DEFINITELY GENUINELY HISTORIC

Friedman died at the age of 92 in 2016.  The photographer Eisenstaedt passed away in 1995.  So Mendonsa was the last person alive until a week ago.  He passed away just two days before his 96th birthday.  He fell and had a seizure at the assisted living facility that he lived with his wife of 70 years.  So another precious piece of living memory is lost to us.  But it’s amazing we had it for so long and didn’t even know.  And one last note; according to the kissee Friedman, the Kisser Mendonsa was actually with the woman he would later marry when he kissed her in Times Square. 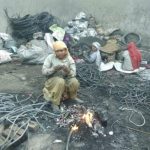 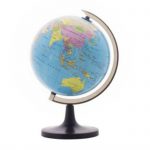