So this is like something straight out of a movie.  A man in Alaska suffered an attack from a grizzly bear and survived it.  That’s a story all in itself!  But despite his survival, the man wasn’t out of danger.  Why?  Because he was in the middle of nowhere, hiding in his mining camp hut, with the grizzly bear still hanging around, hunting him.  And no, it doesn’t look like this is an area with any cell service.  But fortunately the man is still alive today, because the US Coast Guard managed a lucky rescue after they saw his SOS on the ground.

See?  I told you it was like a fantastical movie story.  A grizzly bear hunting a man in the middle of nowhere? So the Coast Guard was flying in Alaska from Kotzebue, to Nome, a week ago when they spotted the man’s SOS sign on top of his camp’s shack.  Several days prior, the grizzly bear attacked him, injuring his leg and badly bruising his torso.  He managed to get away to his camp, fortunately.  But the bear knew he had injuries and followed him back, essentially waiting for an opportunity to finish the job of killing him.  So the man couldn’t leave for help without becoming a meal for the bear.

Related: Why Did Culpeper Precision Make a Glock Looking Like a Lego Toy Gun?

MAN WAS DOWN TO TWO BULLETS, FEW OPTIONS IN SURVIVING GRIZZLY BEAR HUNTING HIM

So the still unknown man in his late 50’s to early 60’s was indeed fortunate.  His mining camping site was on their exact flight path.  So if he had been just one valley to the side, they would not have seen his sign and literally saved the man from being a mid-season bear appetizer.  And his straights were dire indeed.  Sure, he had a pistol.  But after days of the bear hunting him, he only had a couple bullets left.  And if you didn’t know, smaller guns only piss bears off.  It truly is a frontier still in Alaska!  Hopefully, this will be an amazing story as a movie before too long. 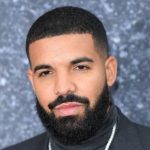 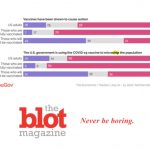