So I’m not really a fan of Drake.  But I know he’s a totally talented musical artist.  That’s why he’s so successful and has a stake in an NBA team up in Canada.  But like all artists who have worked for some time, their music totally changes and evolves.  So stoked fans were all too happy to hear that he just found an old laptop with a lot of period music he made that he never released.  But what does this news mean?  Well, it means that there is at least the chance that we will get to finally hear old Drake music he made that goes all the way back to his hit, Nothing Was the Same.

NEW/OLD MUSIC DATES BACK ALL THE WAY TO 2013, ANCIENT HISTORY FOR DRAKE FANS

So if you’re not familiar, we’re talking about new/old music that dates all the way back to 2013.  In the world of music, that’s a couple of eons (a really long time).  Drake broke the news of his old laptop find on Instagram, of course, posting a picture of his discovery with the caption, “I wonder what music is on here.”  Boom.  Mic drop in the Drake world.  As you might imagine, this sparked a ton of speculation about what, exactly, might be on that darn old laptop, with millions of eager ears waiting to hear the period tunes.

Related: That Diamond Rush in South Africa Was Totally a False Alarm

IS DRAKE JUST TEASING US, OR WILL WE HAVE SOME NEW YET OLD GOODNESS TO LISEN TO?

But is Drake just being a tease with this old laptop music find?  We may have to wait some time to find out.  Every major artist never releases veritable tomes of music we never have any clue about.  Artists can be mercurial and random about what they want out there.  So I, for one, am actually curious about this one.  Will Drake do more than tease us?  Will we get to hear some of his old music from what is now ancient musical history?  We’ll just have to wait and see.  Well, and hear.  But as viral marketing goes, Drake is on top of his game with this old laptop news. 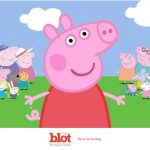 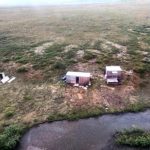